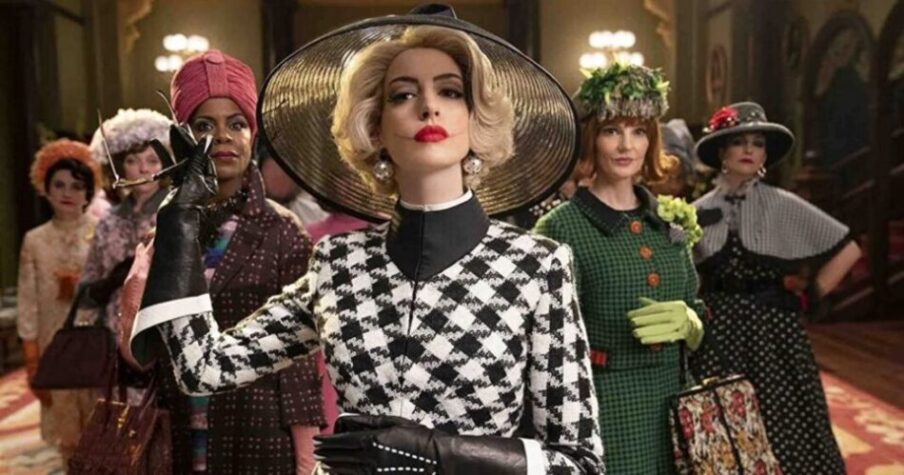 It is based on Roald Dahl’s 1983 classic book The Witches and centres on a young orphaned boy (Jahzir Bruno), who comes across a conference full of real-life children-hating witches at the luxury hotel he and his grandmother (Olivia Spencer) are staying.

When he learns that they plan to turn all kids – who smell like poo to them – into mice, he teams up with Bruno (Codie-Lei Eastick) and Daisy/Mary (Kristin Chenoweth), who have suffered a similar fate, to stop them and their leader the Grand High Witch (Anne Hathaway).

It is hard to believe, yet this is only the second film adaptation, but it isn’t as dark or as disturbing as either Dahl’s work or the 1990 original film version starring Angelica Houston as the Grand High Witch.

Although it sticks to the spirit of the source material, writer/director Robert Zemeckis along with his co-writers Guillermo del Toro and Kenya Barris have made a few changes. So instead of being set in Norway and the UK in the eighties, this remake unfolds in 1968 Alabama and features an inclusive cast with the protagonist and his gran being African Americans rather than British and Norwegian.

The film begins with the adult version of the boy who has no name (played by Chris Rock) delivering a video style power point presentation on witches and how to spot them as he recounts how he crossed paths with them when he was young.

What ensues is a slightly scary, funny and imaginative tale with a very stylish and colourful look, combined with seamless special effects which have come a long way in three decades. The story is also underscored by a wonderful 1960s soundtrack, which includes music from Otis Redding, The Four Tops and The Isley Brothers.

Yet it is the powerhouse performances from Spencer and Hathaway (who is clearly having the time of her life) that keep you spellbound, while Bruno holds his own impressively opposite the two Oscar winning actors. Tucci, always on top form and appearing with Hathaway for the first time since The Devil Wears Prada, provides the light relief as the long suffering hotel manager.

However Hathaway’s grand reveal as to her character’s true evil and ugly form was a little disappointing to say the least when compared with Houston’s hideous and frightening transformation of which nightmares are made. Unveiling claw-like and deformed hands and a scabby bald head with vampire like teeth was frankly a bit of an anticlimax.

On the plus side it won’t give your little ones night terrors, though very young children may still find the film a little unnerving, even though it is more kid friendly than the original.