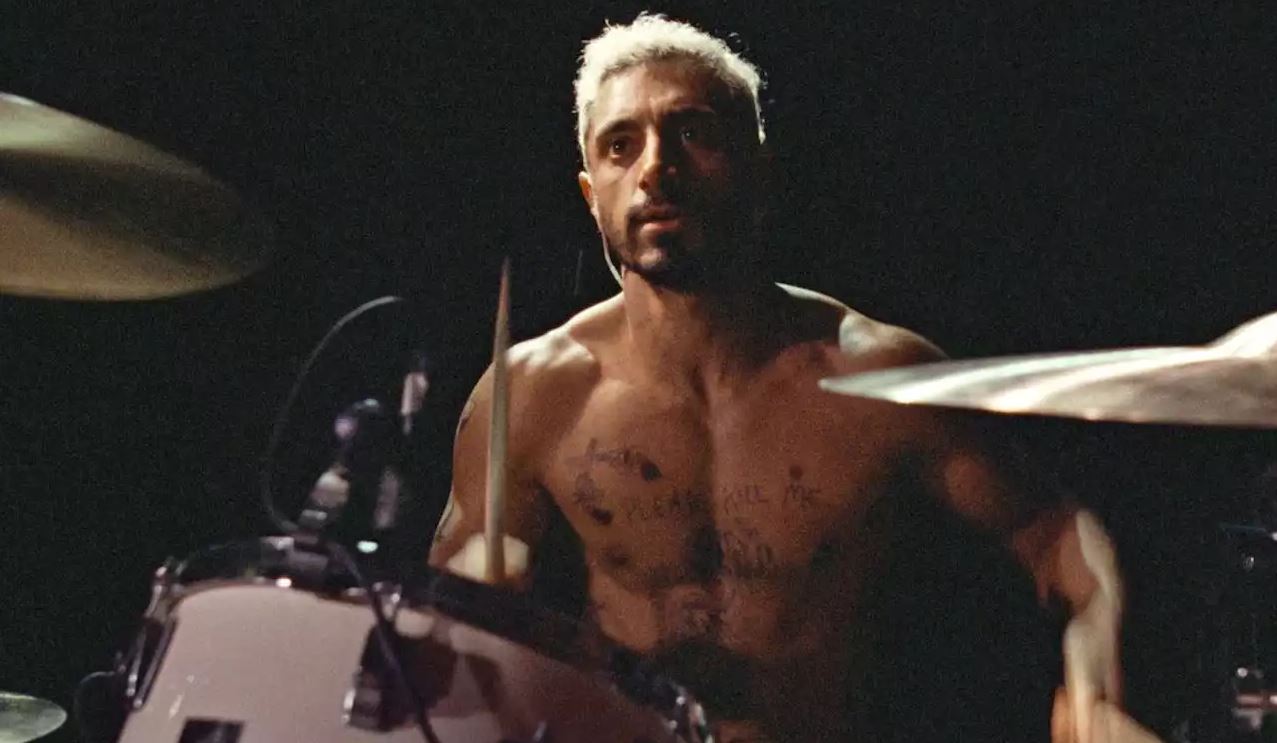 Ruben (Riz Ahmed) is a drummer in an avant garde musical duo with his girlfriend Lou (Olivia Cooke).

He’s having trouble with his hearing and the doctor urges him to stop playing to stop himself going deaf.

But his music is everything and he continues playing – and ends up profoundly deaf.

He’s sent to a residential community, led by a counsellor, Joe (Paul Raci), where other deaf people help him come to terms with his condition.

Ruben slowly learns to cope with being deaf, through sign language.

But while Joe believes it’s important to accept your condition and live a full life despite being deaf, Ruben is determined to save up to have surgery to restore his hearing.

Don’t get confused by the title – Ruben is not a heavy metal drummer – the music he plays as part of the duo Black Gammon is a little hard to listen to – you might even prefer you were deaf. However, it’s not about the sound he’s making, but the hearing he’s losing.

Riz Ahmed throws himself into this role, producing a passionate portrayal of the growing fear of deafness and the inevitable readjustment that it brings.

Like Ahmed, Paul Raci has deservedly picked up a number of nominations during awards season as the supportive but firm counsellor, helping Ruben fit into his new world.

For much of the film, Sound of Metal puts the audience in Ruben’s shoes – accompanying what we see with silence, helping us to realise how much we rely on a sense that many of us simply take for granted.

It poses the interesting question about whether you should just embrace a disability and learn to live with it or whether it’s right to try to undo the problem and find a way to return to your previous life.

Ruben is clear which way he wants to go, but he has to accept the consequences – consequences which themselves make him question whether he’s made the right decision after all.

It’s a powerful and intimate central performance from an actor, portraying a character going through a life-changing experience but somehow, it’s more of a sensory than emotional experience for the viewer.