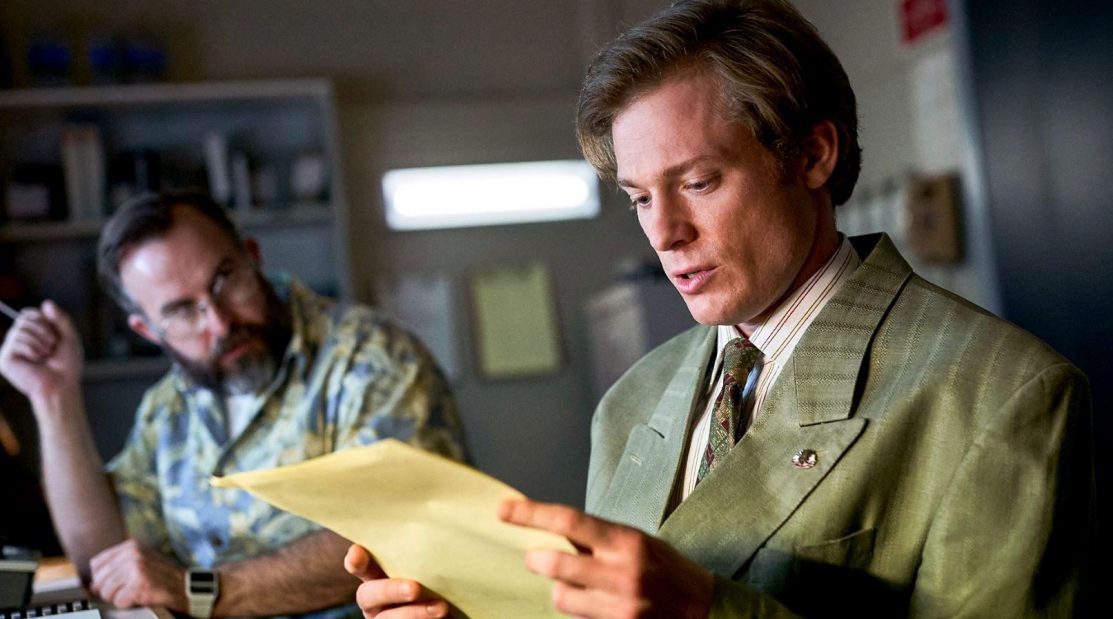 In a busy Australian TV newsroom, in the mid 1980s, an ambitious young journalist, Dale Jennings (Sam Reid) is desperate to get the chance to anchor the main evening news.

But there’s no vacancy. Veteran newsreader Geoff Walters (Robert Taylor) has made it clear he’s staying until the end of the century – and on those rare occasions when he’s not around, the editor Lindsay’s (William McInnes) preferred stand-in is the sports presenter Rob (Stephen Peacocke).

Dale’s career isn’t harmed when he happens to be in the right place at the right time to help Geoff’s co-host, Helen Norville (Anna Torv), out of a fix.

As the news team tackle big stories from Royal visits and terror attacks to dingo killings and blood scandals, personal relationships and rivalries, ambitions and secrets are constantly lurking in the background.

There are strong echoes of the 1980s Hollywood film Broadcast News in this Australian TV drama, with ambitious young journalists jostling for position, newsroom romances, pressure from bosses the ongoing news agenda grinding away in the background.

There are some elements where there’s a degree of authenticity in the newsroom, as stories are uncovered and pursued, with personalities clashing – and cooperating – all around. The egos on show also reflect a degree of reality – as younger journalists want to move up, older journalists refuse to vacate their throne, presenters try to take over the stories being followed up by producers – and with as much drama in their off-screen lives as in the stories they’re covering,  the newsroom staff often seem to act as though they are the story; it’s as much about them as it is about those they’re reporting on.

But there are areas where people working in TV should have a better idea of how TV actually works; the newsroom has plenty of journalist on site – if you have only one story a day; the reporters seem to be able to get from the newsroom to wherever they need to report from and back within minutes; items get to air within seconds of getting into the building, which might be the case in modern digital days, but not in the mid 1980s.

Some of the best drama comes from the way individuals have to choose between their own personal happiness and their professional progress and while too many of the characters are box-ticking archetypes, the show generally balances newsroom politics with the practical journalism well. Perhaps some of the most interesting characters are those on the sidelines – the growing friendship between the sports presenter and the junior researcher is one of the highlights and the irascible editor’s screaming fits and behind-the-scenes plotting are always fun.

The Newsreader feels like an authentic burst of 1980s nostalgia as it revisits some high-profile Australian stories from the time – and portrays a 40 year old news operation amid the social framework of the time. But some of the plot points feel a little arch or obvious and the denouement feels like it’s building up to something quite dramatic, before reaching a conclusion so anodyne that it seems like the main priority of the producers was to secure a second season.