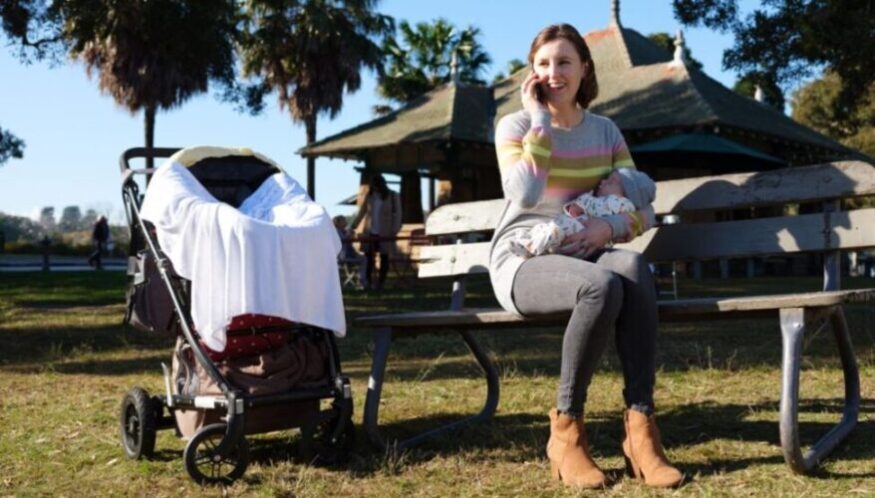 Meghan (Jessica De Gouw) is a lifestyle blogger and wife of a high-profile TV sports presenter, Jack Shaughnessy (Michael Dorman). She’s expecting their third baby – a child Jack never really wanted. The imminent arrival has resulted in him cooling on the marriage and he’s seeking gratification elsewhere. Meghan has her own secret.

A shop assistant at their local supermarket, Agatha (Laura Carmichael) is also pregnant, due around the same time as Meghan, and uses that to strike up a friendship with her.

When Meghan’s new baby arrives, he’s kidnapped from the hospital; both she and Jack are distraught.

The police cast their net all around to try to find Baby Ben, plucking suspects from thin-air in desperation, but finally, when he falls ill, the penny drops.

The authorities find themselves up against the clock to try to trace the baby, before it’s too late.

This six-part Australian drama taps into the biggest fear of any parent – as if the disappearance of a child isn’t bad enough, losing it before you’ve even left the hospital is a nightmare many could never recover from.

And as if this isn’t putting enough pressure on Meghan and Jack’s relationship, their marriage is under further strain from everything from financial trouble to infidelity.

One problem from a dramatic point of view is that the adaptation of Michael Robotham’s novel gets off to too slow a start; little more happens in the first two episodes than setting up the conflicted characters, and almost without exception, the more we learn about them, the less we like them, which makes us less and less interested in what is to come.

It’s not until the middle of episode 3 that the plot really kicks in – the rest of that episode is gripping, if not entirely believable.

When the police procedural kicks in for the final three episodes, the psychological elements are handled well – what will the kidnapper be thinking, and the consequences of modern technology isn’t forgotten – the traceability of mobile phones and online trolling are just two examples, giving a contemporary feel to a story which otherwise treads very familiar ground.

But some of the police actions feel far from reality; there seem to be only a handful of police officers on the highest profile case in the country and there are some clunky red-herrings and incoherent decisions.

And although one of the main supporting characters – Agatha’s boyfriend Hayden (Michael Sheasby) – is perhaps the only likeable presence on the screen, his actions and motivations seem to flow backwards and forwards to fit the requirements of the plot – which is a shame, because it leaves the viewers without a single character to care about, apart from the newborn baby.

There is little mystery as you can tell who’ll be doing what from the outset and there’s really only one way it can end.

There are interesting elements in what should have been a gripping, heart-wrenching drama, but they’re drowned out by unconvincing plotting and too much back-story – the many secrets of the title, that explain, but never excuse what so many of the characters have done wrong.