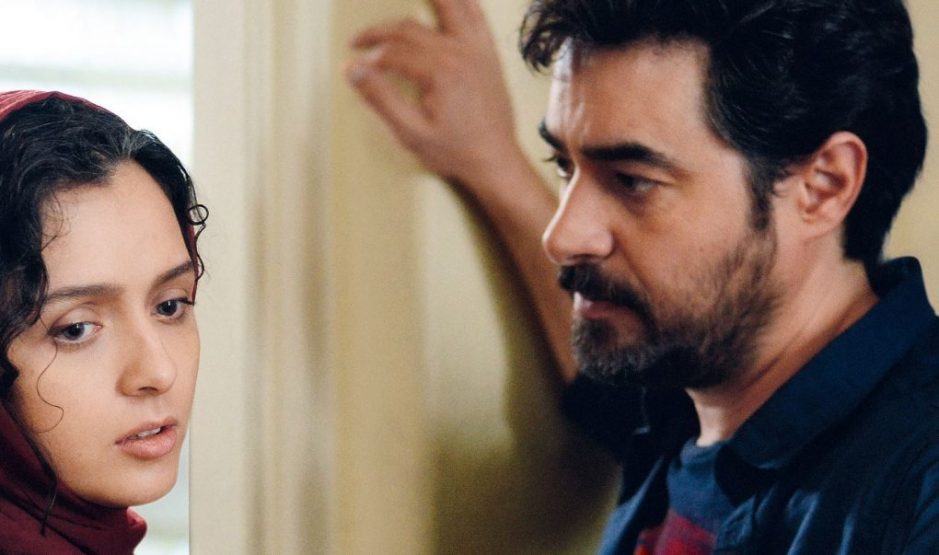 Emad (Shahab Hosseini) is a teacher by day and an actor by night. He’s currently co-starring with his wife Rana (Taraneh Alidoosti) in a production of Arthur Miller’s Death of a Salesman.

When cracks start to appear in the walls of their flat, the whole block is evacuated. One of their fellow cast members offers them his rental flat to give them some stability.

But the previous tenant is being difficult, refusing to clear her possessions out of the flat. And it emerges that she was a prostitute who had regular visits from the kind of men most people wouldn’t want popping round to their home.

And one day, one such man turns up at the flat, when Rana is home alone. He surprises her – and attacks her – in the shower, before fleeing.

The assault throws their lives into turmoil, as they struggle to come to terms with what’s happened; increasingly, Rana just wants to let it lie and move on, but Emad is determined to trace the attacker and seek justice.

From the moment the Iranian director Asghar Farhadi announced that he wouldn’t be heading to Los Angeles for the Oscars, even if Donald Trump’s travel restrictions were not in place, he was all-but-guaranteed the Academy Award for Best Foreign Language film. And not for the first time.

Through films such as A Separation and The Past, Farhadi has become one of the most acclaimed directors working today – with awards and nominations from Cannes to the Golden Globes and Oscars – but this was, perhaps, a more political than artistic victory.

That’s not to say that the film is without merit. It’s slow to get started and when the plot does start to unfurl, the somewhat contrived attempts to liken some of the couple’s experiences to those of the characters they’re playing in Arthur Miller’s play tend to get in the way.

It’s interesting to watch a happy couple grow apart because of a differing approach to a tragic incident not of their making and Farhadi does a creditable job of ratcheting up the tension as the film gradually metamorphoses from a crime drama to a psychological thriller.

The two central performances are suitably underplayed but none-the-less gripping and the narrative certainly doesn’t end up anywhere near where you’d expect at the start.

But the journey sometimes feels a little arch and taking too long to kick into gear, it’s somewhat ponderous. It’s an impressive piece of work, but not Farhadi’s strongest – and probably less the best Foreign Language film of the year and more the Foreign Language film best placed to embarrass Donald Trump.