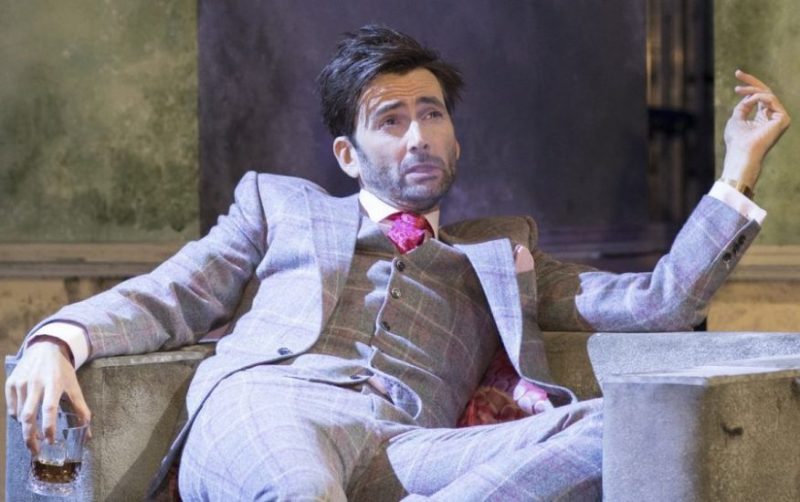 The story of debauched, shameless Don Juan – the ultimate playboy with no moral compass – set in modern day Soho.

Don Juan is appalling, immoral, sadistic. Just back from his honeymoon, he is enjoying the affections of a Croatian supermodel. We know we should hate him. And yet… it is hard to resist the character’s boundless energy, charm and sharp shameless wit.

The audience is warned by his servant Stan (a wonderfully doleful Adrian Scarborough) not to fall for his charms – and although he tries to leave his master, he always finds himself drawn back. Tennant commands the stage, loose-limbed, at ease yet energetic. We follow his exploits with horror and laughter. As he tramples nimbly through people’s lives, a final reckoning beckons.

Tennant and Scarborough are a perfect double act – confident with the lively, witty, x-rated script; the audience enjoys a few topical lines – a reference to Donald Trump goes down well, as does an impassioned speech railing against constant social media updates.

Gawn Grainger is wonderful as DJ’s despairing, severe father. He has some fine lines.

This is a welcome return for Marber’s DJ reboot. A strong cast with a whip-smart script make it a must-see this Spring.