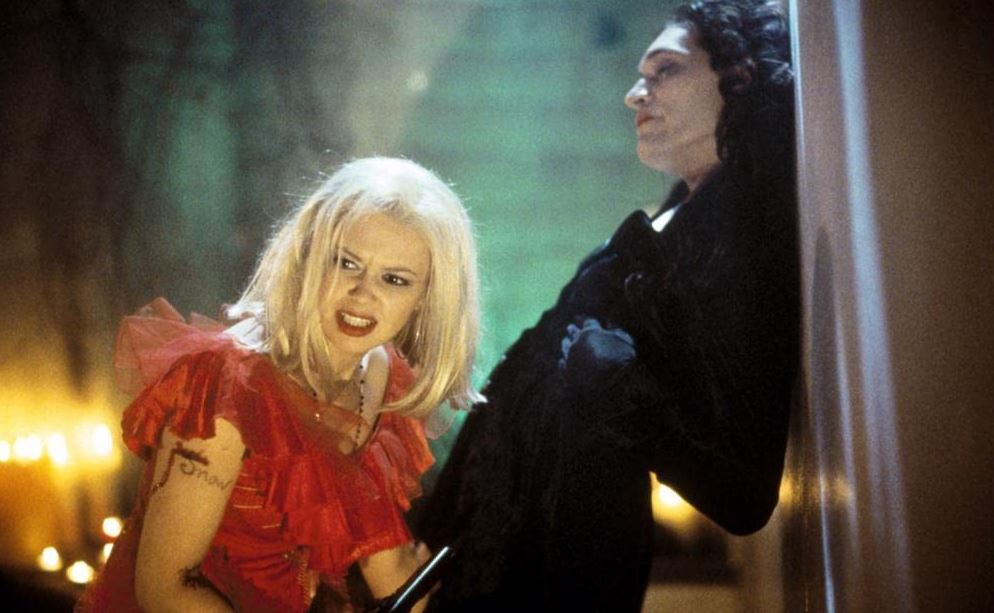 After adding blood and guts to “Little Red Riding Hood” in his debut film “Freeway”, writer and director Matthew Bright has turned his attention to another children’s fairytale for his follow-up. In “Confessions of a Trickbaby” (aka Freeway 2: Confessions…”) he has turned the “Hansel and Gretel” story – or as it turns out, the “Gretel and Gretel” story – into perhaps the most gratuitously violent and vulgar road-movie imaginable.

Natasha Lyonne (who’s also an associate producer on the film) plays a teenaged armed robber, calling herself White Girl, who’s just been sentenced to 25 years behind bars. She shares a cell with a frisky lesbian, mass-murderer called Cyclona (Maria Celedonio), who is serving life.

In case that’s not enough for the director to play with, Bright makes White Girl bulimic while Cyclona’s mood swings between a whining wimp and a psychotic killing machine.

When the girls manage to escape from their detention centre, they head straight for Mexico, and the one person Cyclona can trust from her tremendously troubled childhood, a mysterious nun, Sister Gomez, played by Vincent Gallo, who runs a refuge. Along the way they leave a trail of death and destruction.

The producers bill this film as ‘ “Thelma and Louise” meets “Natural Born Killers” ‘ but it has none of the charm, wit, and depth of the former, and none of the flair and imagination of the latter.

Rather than redeeming themselves as the film progresses, the girls become increasingly uncontrollable, to such an extent that even when they’re off-loading their most heart-wrenching life-stories, it is impossible to feel any sympathy for them. The only character of any interest at all is Vincent Gallo and his performance is so shockingly surreal that it alone almost makes the film worth a look.

A version of this review previously appeared on bbc.co.uk/films