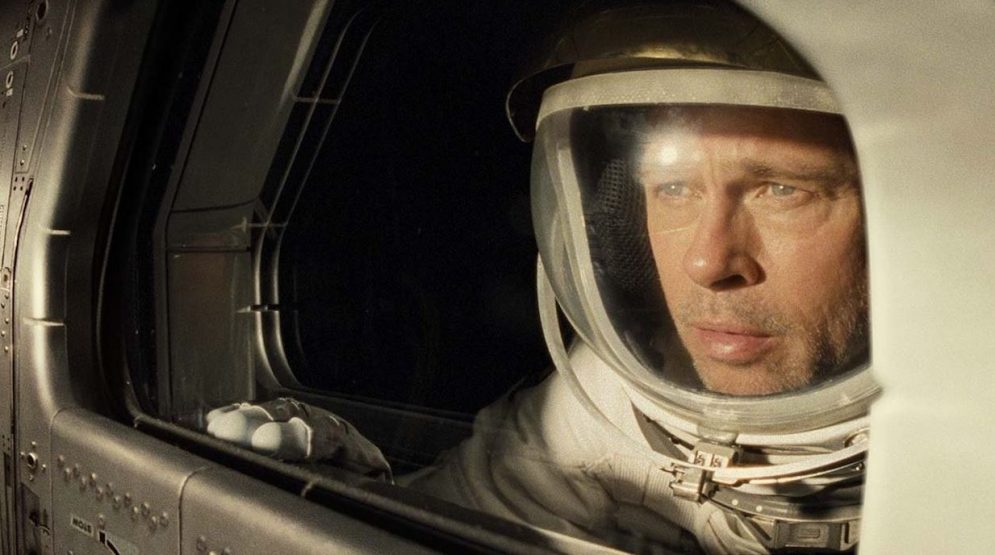 In “the near future,” mysterious energy surges from the far reaches of the solar system are threatening the very future of human existence on Earth.

Astronaut Roy McBride (Brad Pitt) is called in to Space Command to be told that the surges have been traced to a human outpost orbiting Neptune, the remnants of Project Lima – a mission, led by his father Clifford (Tommy Lee Jones), that hasn’t been heard from in nearly thirty years.

Believing Clifford still to be alive – and deliberately sending the energy surges back to Earth – Roy’s bosses think he’s the best hope of persuading him to stop, so they send him to a communication post on Mars.

When Roy becomes too emotionally involved, he’s taken off the mission. But he’s determined to see it through to the end and hitches a ride to Neptune to find the father he thought he had lost, decades earlier.

In the near future?

From the opening caption, viewers will already be doubting the science of a film, whose director said he wanted to present the most realistic portrayal of space travel that cinema had ever seen.

And the title? Ad Astra – or “to the stars” – seems an odd name for a film about someone who’s headed to Neptune.

The plot itself is impenetrable nonsense – unexplained energy surges threatening mankind, having to fly to Mars to make a long-distance call, hitching a ride on a rocket that’s already blasted off (this isn’t jumping into a cargo carriage on an 1850s freight train) – I don’t want to say more, lest I get into the territory of spoilers, but stunning as the deep-space imagery is, the narrative simply doesn’t work.

At it’s heart, this is a drama about a son, who’s trying to reconnect with a lost father – but even there, the plot gives no sense of catharsis. Anyone but the most faithful Brad Pitt fan who’s sitting on the edge of their seats for an hour and a half, waiting for an emotionally explosive reunion will be sorely disappointed.

Every step of the way, the film-makers fail to follow one of the key mantras of cinema – “show, don’t tell” – as an introspective Brad Pitt tells us what he remembers about his father, without once showing us – and his relationship with his estranged wife (a peculiarly underused Liv Tyler) is similarly thinly presented, when one might have thought his marriage could have been influenced by his sense of loss over his father.

There were plenty of opportunities to fix the plot, to fill the holes – perhaps there’s a great three-hour long film somewhere in this two-hour one and they just left the wrong bits on the cutting-room floor.

While much of it is rewarding to watch to a degree, all of the best bits have been done better in other films – the space walks and action sequences were far more impressive, engaging and believable in Gravity, while father-son relationships have been dealt with so much better in almost any inter-generational drama you’d care to name.

Launching at the Venice Film Festival, with a late September release, the producers – including Pitt himself – clearly had Awards Season on their minds, but this film with lofty ambitions is unlikely to be challenging for honours – in the near future.