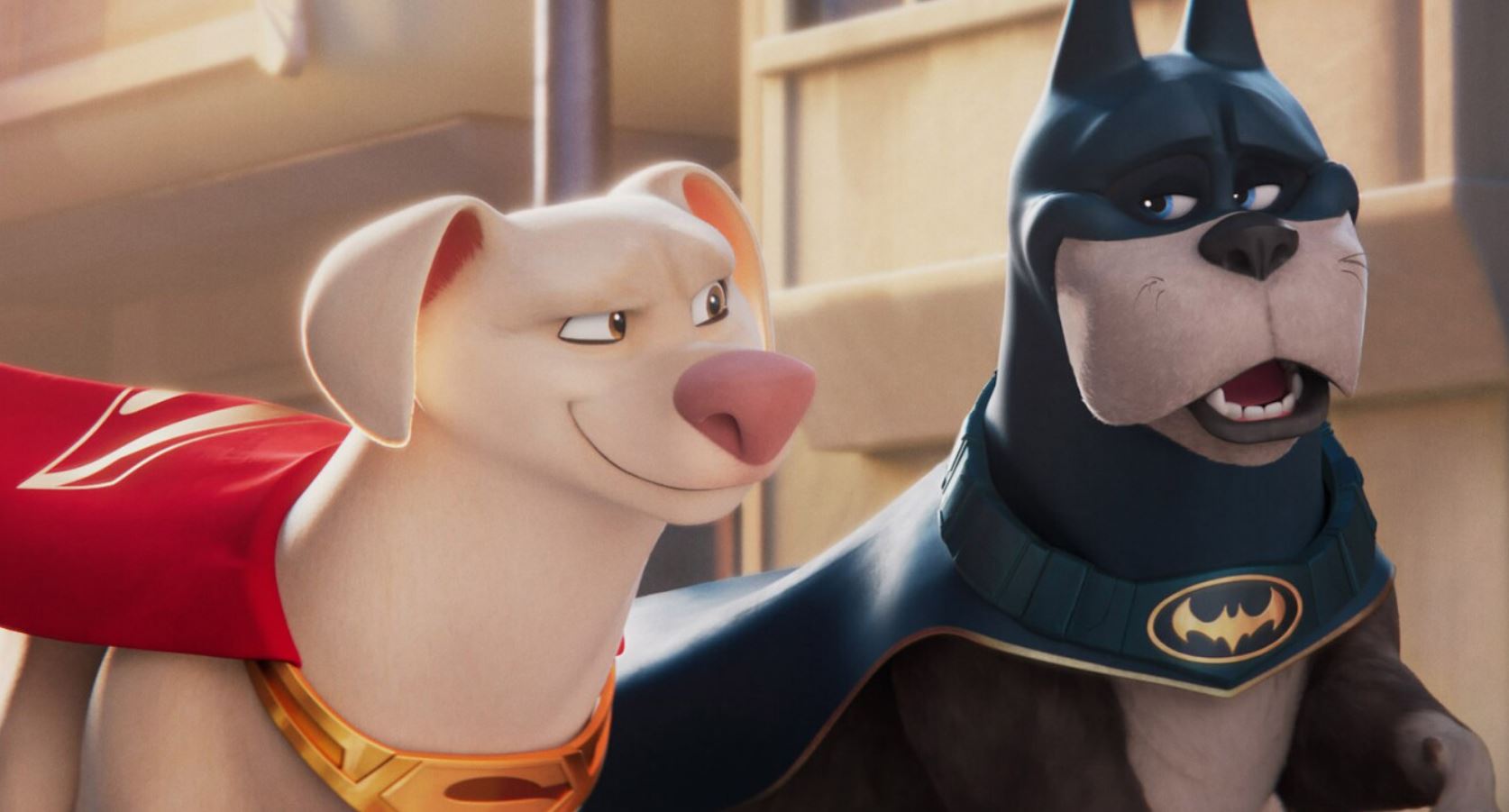 Krypto (Dwayne Johnson) has been Superman’s pet dog since they arrived from the planet Krypton as babies – or pup and baby – but since Superman starting dating Lois Lane, Krypto has been feeling a little left out, so Superman heads to the animal shelter to find him a friend.

One of the shelter animals, a guinea-pig called Lulu (Kate McKinnon), manages to get hold of a piece of orange Kryptonite, which gives her powers that she uses initially to try to help Superman’s main foe Lex Luthor (Marc Maron) – by capturing the Justice League team of heroes – and later to try to take over the world herself.

But some of the super-powers have rubbed off on the other animals too, and they team up with Krypto, to try to save the Justice League heroes from the clutches of the evil guinea-pig.

It’s no surprise to see a studio milking its biggest brands for all it can get and at a time when Warner Bros DC films are looking like the weedy, ugly cousin of Disney’s Marvel franchise – not least after writing off losses from its unreleased Batgirl film, making more of a push for younger audiences is clearly not a bad idea.

While Marvel’s summer holiday draw is a Thor film about a god killer, DC has an animation about super-powered pets.

And while the flip-flopping story won’t challenge – or particularly interest – parents, their kids will be entranced by seeing a group of cuddly animals exercising such powers as being able to grow or shrink or move at super speed, while the humans – or perhaps more precisely humanoids – take a back seat.

It might have made more sense if the eponymous super-pets had powers corresponding to the more familiar heroes, rather than largely being randomly paired with the most appropriate character at the end of the film.

Many of the visuals are largely derivative or lacking in ambition but there’s enough humour and action to give primary-school kids a riotous time at the cinema.