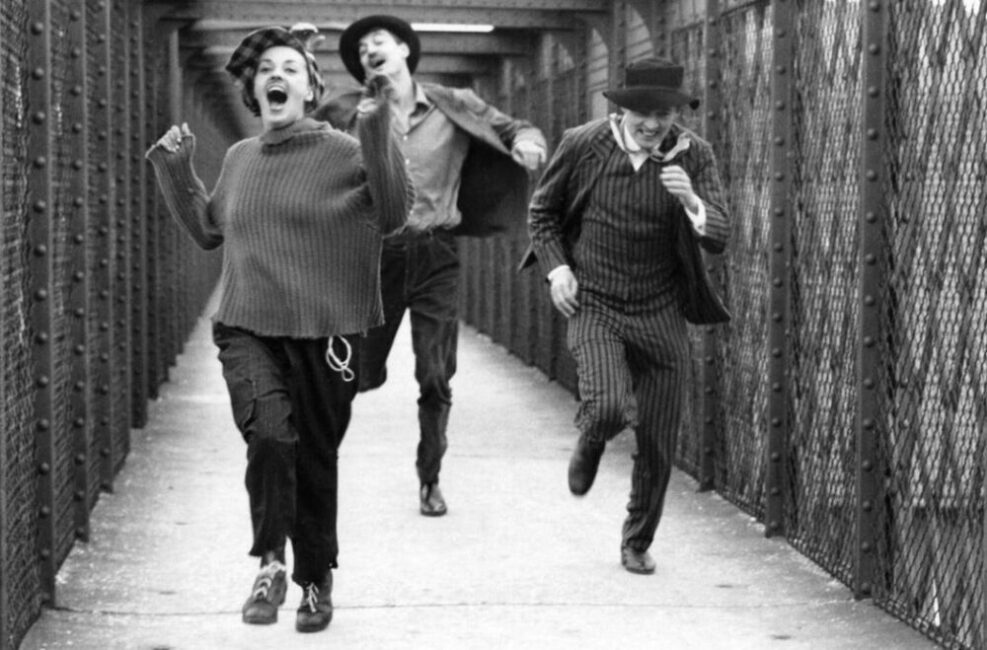 One of François Truffaut’s best-loved films starts with the meeting in 1912 of Jules (Oskar Werner, who’d work with Truffaut again in “Fahrenheit 451”) and Jim (Henri Serre) and charts the close life-long friendship that develops between them. Surprising, given the pressure to which it is exposed.

They become transfixed by the mysterious smile of an ancient Greek statue and vow to find a woman with the same smile. When they meet the flirty and flighty Catherine (Jeanne Moreau), both men fall for her, but she picks Jules and soon they’re married.

The First World War finds the men fighting on opposite sides. They’re both worried about killing their best friend on the battlefield. But after the war, everything changes.

Jim visits his friends in Germany and finds that although they now have a daughter, their marriage is failing and Catherine has been unfaithful. Jim wants to stop her running off with someone else, but he’s unsure whether he wants this for his or Jules’ sake. When she makes Jim her next target, Jules asks his best friend to marry her, so that she can stay in his life.

This is a painfully moving story about uncompromising friendship and uncontrollable love – not so much unrequited as undeserving and unfulfilled.

Here, Truffaut displays many of the directing techniques that made his films stand out from those he’d written about as a critic – jump cuts, freeze frames, a narration, and masking off parts of the screen.

And as is typical for Truffaut, his characters enjoy the arts, whether it’s cinema, theatre, literature or music. The film’s music itself fits the mood perfectly, and stays with you long after the film is over.

(Originally reviewed for BBC.co.uk/films for its 2001 UK release)