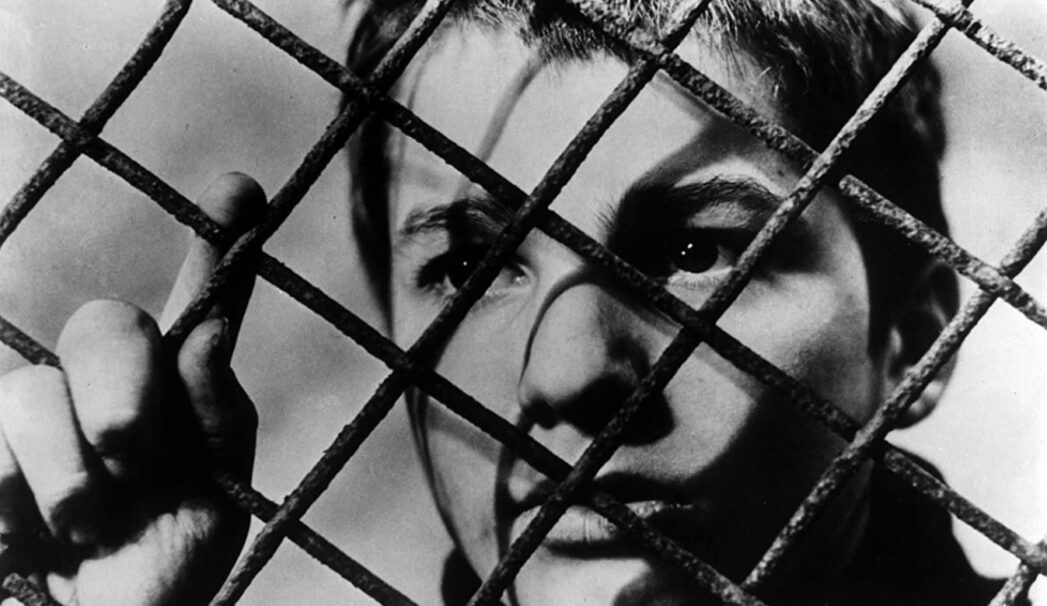 12-year-old Antoine Doinel (Jean-Pierre Léaud) lives in a tiny flat with his mother and stepfather, who are poor and generally inattentive.

A ruthlessly domineering teacher makes life at school even more unbearable than at home.

His only escape from the shackles of everyday life is to bunk off school with his one friend René (Patrick Auffay), go to the fairground, or visit the cinema.

His problems deepen as frustration, desperation, and loneliness lead to his expulsion from school and subsequent running away from home.

This film is a landmark in 20th Century cinema, launching the French New Wave and turning François Truffaut from a critic into one of the world’s most distinguished film makers.

There are two outstanding talents in the film. As Antoine Doinel, the young Jean-Pierre Léaud delivers a tremendously deep, sympathetic, and convincing performance in the role which he would reprise four times in the following 20 years. And Truffaut himself, in his first feature, displays the directorial flair that would make him such an influential auteur. Take, for example, a remarkably revealing scene in which Antoine opens up to a psychologist: it’s shot from her point of view, with Antoine confessing his feelings directly into the camera.

The 400 Blows – or Les Quatre Cents Coups – is more than semi-autobiographical. Both Antoine and the young Truffaut were social outcasts – failures at school, who turned to delinquency, ran away from home, and ended up in custody. But most significantly, as would become apparent throughout Truffaut’s career, the one thing that made their lives worth living was their passion for cinema.

(Originally reviewed for BBC.co.uk/films for its 2001 UK release)