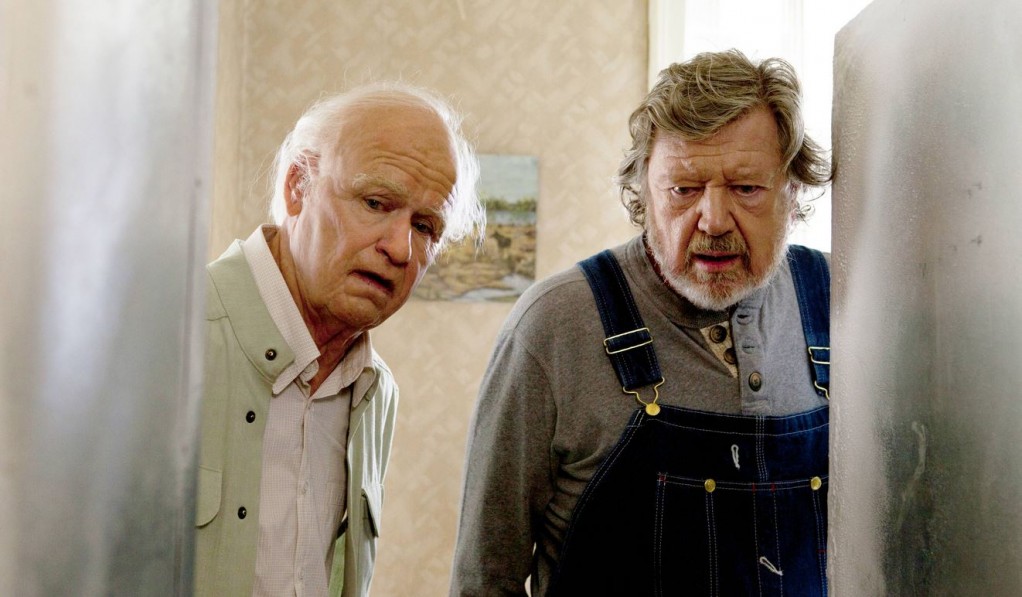 The staff at his Swedish residential home are somewhat ungraciously preparing a cake for Allan’s (Robert Gustafsson) 100th birthday party – a party that the cantankerous old man neither wants nor needs. Desperate to avoid all the fuss, he climbs out of the window of his room – and disappears.

Allan makes his way to the bus station with what little loose change he has and buys a ticket to wherever it will get him. While he’s waiting, a tough guy asks him to look after his suitcase for a moment – but, when his bus arrives, absent-mindedly, he boards it, still holding the suitcase.

Later, the old age home reports him missing and he discovers that the case is full of cash. Suddenly, the 100 year old man is being hunted by both the police and a drugs gang, while he continues his unexpected adventure with a handful of eccentrics he meets along the way.

But as a number of flashbacks confirm, this isn’t the first time Allan has had such excitement in his life; his sheer chutzpah has seen him involved in some of the major events of world history over the past century.

This film suffers from a condition that affects so much of modern cinema: adapted-from-a-book-itis – sticking faithfully – or rigidly – to a format that works better on paper than on screen.

While it’s constantly entertaining and the key performances are well executed, most of the flashbacks have little – or no – bearing on the central plot, making them seem superfluous at best and disruptive at worst.

At times it is fun to journey with Allan through his life and his 100th birthday might seem like a good enough excuse to do this, but this makes the drugs gang storyline – which is the central narrative – seem somewhat over the top – but if you like the idea of a 100 year old man getting caught up in a drug deal, with a bunch of lovable rogues at his side – which, itself, is a perfectly workable tale – then the supposed history lesson feels pointless and distracting – or even an admission that the writer – of the book, of course – couldn’t come up with enough to fill a film in the present, so he had to resort to the past to pad it out..

There’s plenty of gently surreal comedy – both in Allan’s present-day adventure and his close-rubs with infamy – but much of it feels disappointingly arch. Some of the historical highlights – including inadvertently befriending General Franco, Einstein’s less talented brother and a Russian spy – make for fun interludes but the whole fails to add up to the sum of its parts.

It’s a peculiar linguistic mess too – narrated in English but with most of the dialogue being in Swedish – presumably the English narration is to appeal to a wider global audience, but if I’m watching a Swedish film, I’m perfectly happy for the central character to address me in Swedish.

While there’s much to enjoy, this rather clumsy blend of historical hijinks with a surreal crime caper – whose title is so long the French shortened it to “The old man who didn’t want to celebrate his birthday” – is a bit of a cinematic cliche and narratively lazy and unsatisfactory, which might sound odd, given that there is certainly a lot going on – but over 100 years, you’d perhaps expect that.