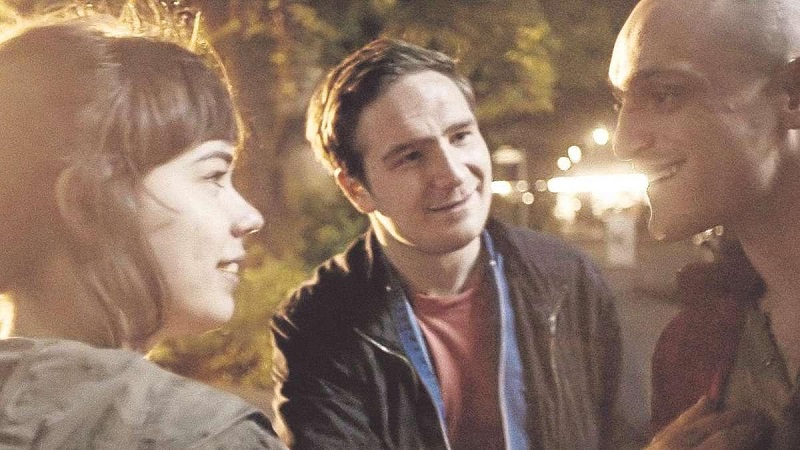 Victoria (Laia Costa) is a twenty something Spaniard who’s given up on a career in music and is passing time working in a café in Berlin.

While out clubbing on her own one night, she meets a group of young locals, out to celebrate a birthday – and to cause just a little bit of mischief.

Despite her protestations that she needs to get home, the most charming of the gang, Sonne (Frederick Lau), is keen to keep Victoria out for a little longer – but she’s having fun and decides to sacrifice her much-needed sleep to get to know him.

But just as the pair are starting to get to know each other, another of the lads, Boxer (Franz Rogowski), receives a call he’s been dreading, which changes everything.

There is one particular way in which this is one of the most impressive pieces of film-making you are likely to see for years. You’ll have seen long shots – such as the famed opening scene of The Player. You might also have seen last year’s Oscar-winning Birdman, which – through the trickery of a little CGI – appears to have been shot in a single take. But this is the real deal – the full 2 hours and 18 minutes running time is just one take.

The director Sebastian Schipper and his cinematographer Sturla Brandth Grøvlen choreograph the team as they visit two dozen locations around Berlin, without getting anyone but the cast in shot, and there are no opportunities for any of the cast to miss a cue or get a line wrong – in fact, there are a handful of moments where an actor gets the wrong line or takes a wrong turn, but with some quick thinking and the helpful luxury of sound editing, they manage to rescue it.

What we get as viewers is the second attempt out of three – an almost seamless, perfectly natural journey through Berlin’s early morning underbelly, from underground nightclubs to underground car parks to late-opening off-licences, high rise housing estates and a luxury hotel.

But in coming up with this technical concept, the film-makers are forced to compromise on the narrative.

In an effort to introduce the characters, first to us and then to each other, the film necessarily gets off to a slow start, as we watch her dancing for a few minutes and then getting chatted up by the lads and talking about nothing much as they wander around, here and there, sub-Before-Sunrise style.

The characters themselves aren’t generally interesting enough to engage us for as long as it takes to get to know them – and more importantly each other. The group – particularly Victoria and Sonne – have just over an hour to get to know one another from a standing start and get to trust each other so completely that  they would put their lives on the line for each other.

So – the film’s first three flaws – it’s very slow to get off the ground, the characters aren’t interesting enough and it’s not believable that they should develop such a bond so quickly that the second – without wanting to give anything away – genre-switching part of the film feels at all convincing.

The film is called Victoria – so we know it’s about her – and we like her enough, but having to get from A to B so quickly, Sonne needs to switch from a lecherous drunk to a charming suitor in record time, such that until a particular moment about an hour in, you’re likely to think this film is about the threat he poses to Victoria – rather than any genuine relationship that might be developing between them.

It was a linguistic masterstroke for a piece of European cinema, to cast a Spaniard against a German, resulting in most of the dialogue being in English, allowing it to reach a much wider audience than you’d expect for such a film. That said, it’s not particularly believable that a woman who’s been working in Germany for a few months still wouldn’t speak the language, except that it’s important for the story that she doesn’t understand what they’re saying to each other.

If the film-makers hadn’t been so dead-set on their technical accomplishment and had sacrificed their craving for such recognition in favour of a more traditional approach, they could have given themselves time to develop the characters more convincingly and unroll the narrative at a more credible pace, ending up with a film that didn’t drag in places and would have made better use some impressive action sequences.

The genre-switching drama-cum-romance-come-thriller feels flabby and uneven but springs to life at times, giving you a tantalising flavour of how much more satisfying a better structured, edited feature might have been, leaving you feeling impressed at the technical achievement, convinced by a handful of scenes but emotionally rather flat.

There might be a good film trying to break free from the constraints of its single take but its head suffers from being a slave to its heart.