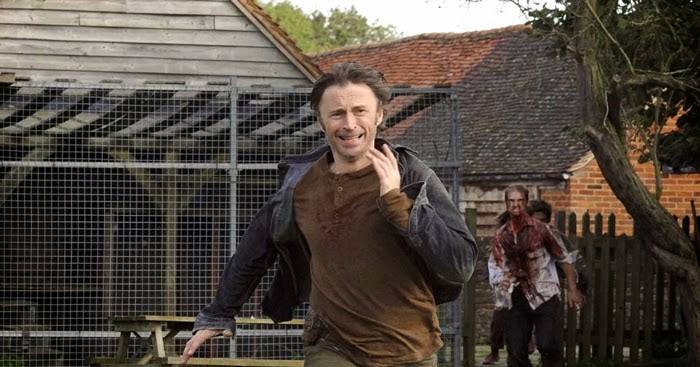 In Danny Boyle’s “28 Days Later,” a virus called Rage had infected most of the population of the UK. It took 28 days to get the infection under control. There were few survivors.

28 weeks have now passed and the country has been cleared of the virus by the American military, who are now overseeing a gradual return of British citizens who’ve been abroad during the period of infection.

Among the survivors is Don (Robert Carlyle), who feels guilty that during the initial outbreak, he ran for his life and left his wife in a farmhouse, surrounded by marauding zombies.

He’s now secured himself a senior position in the new community, being reintroduced to the quarantined Canary Wharf.

The hundreds of people being moved in include his teenaged children, who’ve flown back to Britain after an extended holiday abroad.

Itching for memories of their old life, the kids break out of the quarantined area – but they bring back more than just memories.

The Rage virus reinfects the survivors and only the sheer firepower of the American military stands between the survival of Britain and total oblivion…or something.

The first film was more brooding, building slowly to a climax, through a series of increasingly shocking moments. This time round, almost from the outset, hundreds of red-eyed, blood-hungry monsters run amok, growling, spitting blood at each other and ripping people to shreds.

With the writer and director of the original film taking more hands-off executive producer roles, the story is rather clunky, with characters doing things they wouldn’t or shouldn’t do – but have to in order for the plot to progress, making it all feel rather predictable and contrived.

Much of the action – the ripping to shreds of innocent Londoners – is shot so close-up that it’s a frenetic mess, difficult to watch. You simply can’t see what’s going on, half of the time.

But – as with its predecessor – the shots of an empty, post-apocalyptic London were undoubtedly impressive – even if the more cinematographic locations were used up last time. And some of the set-piece action sequences are tremendous – a scene involving a helicopter in Regents Park will almost certainly go down as a classic moment of modern horror-genre cinema.