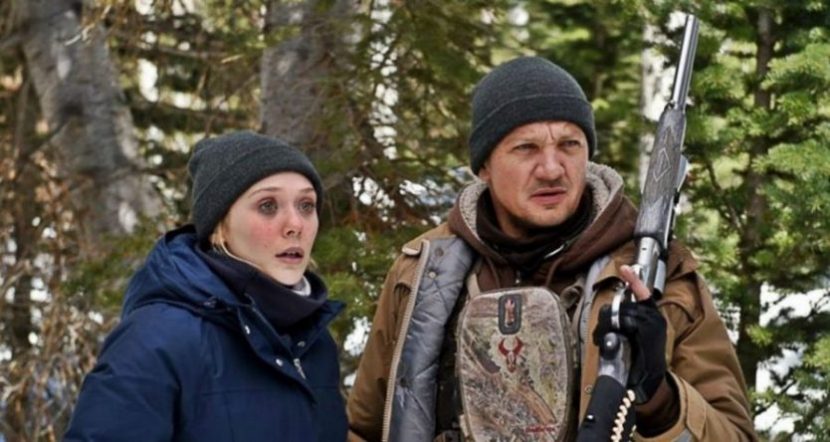 In the deep Wyoming winter, in the middle of the Wind River Indian Reservation, hunter Cory (Jeremy Renner) finds a dead native American woman in the snow, six miles from the nearest building, bare-foot, without a coat and covered in blood.

The local police call in the FBI and the closest agent is duly dispatched. Jane (Elizabeth Olsen) arrives alone, completely unprepared for what she’s about to face – not least the weather.

The naive young agent borrows some suitable clothing and heads out to inspect the body with Cory as her guide.

His local knowledge and experience as a tracker prove to be vital to Jane’s investigation and as the pair get closer to the truth, a second body is thrown in to muddy the waters.

But the locals start to close ranks to protect those behind the deaths, leaving Jane with few resources to deal with such a brutal case in such an unfamiliar jurisdiction.

A year after Hell or High Water earned plaudits at last year’s Cannes, its writer Taylor Sheridan returned with his own directing debut.

Another crime drama, this time based on the real story of a pair of gruesome deaths, Sheridan switches from the sweltering plains of Texas to the frozen climes of winter in Wyoming.

Wind River is a fairly standard thriller, with a familiar pairing of a “fish-out-of-water” law enforcement officer seeking invaluable help from a local “know-it-all” – but the performances, from the two central characters outwards, are spot on and the action is tautly handled.

A handful of recent thrillers have taken place in remote communities in the frozen wastelands but the reservation setting provides a less-often seen insight into the complexity of running a federal murder investigation under the native American jurisdiction.

It’s a slow-burning, dark and gritty drama that sets Sheridan out as as confident a director as writer, with a well-structured and neatly told story.

But it felt a little pedestrian in nature at times and its impact was softened somewhat with a sentimental coda that some might feel was necessary to slow the heart’s pounding before leaving the cinema.