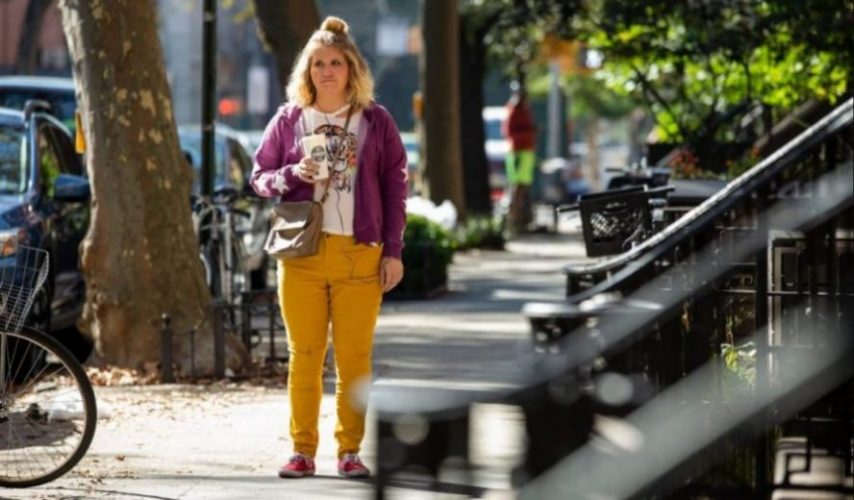 Brittany (Jillian Bell) is a little lonely and a little overweight. She has a cheeky, charming wit that she uses to deflect criticism from others and her own insecurities.

But when a doctor tells her that she has to change her lifestyle and get healthy, no amount of charm or wit can do that for her.

She ends up joining a running group and befriends a pair of similarly lost New Yorkers, who help her move on from a flat-mate who’s more interested in her social media profile than any of the humans around her.

When she starts out, running to the next street corner is almost beyond her, so when someone suggests running the marathon, she really has to up her game.

Do she and her friends have the determination to overcome the difficulties in their lives to achieve their new dream?

Brittany Runs a Marathon is a peculiar blend of low-budget, quirky independent film and a formulaic feel-good feature.

For a somewhat selfish loser, Brittany is a surprisingly likeable protagonist and for much of the film, audiences will root for her. But there are some decisions she makes later in the film that might start losing her sympathy.

But even when the narrative starts to follow predictable beats and Brittany’s own behaviour might be expected to see her fall from favour, the film manages to remain just the right side of charmingly entertaining. And when she does finally go too far, there are consequences – predictable ones, but appropriate consequences nonetheless.

The toughest line for the film-makers to tread is between whether it’s fat-shaming or criticising fat-shamers; on the one hand, it’s telling us we should eat healthily, stop drinking and exercise more – on the other, it’s trying to be a life-affirming tale, encouraging people to be the person they want to be. The message is sometimes a little confused but there are merits in each argument that different viewers will latch onto.

Thanks to Jillian Bell’s carefully judged performance, this cranky, cantankerous character is far more empathetic than, perhaps, she deserves to be. But given that the film is based on real life and the real Brittany has been supporting the film, it’s no surprise that she comes across well on screen.

Ultimately, it was a fun and feel-good film that wasn’t quite as fresh or profound as it was trying to be.