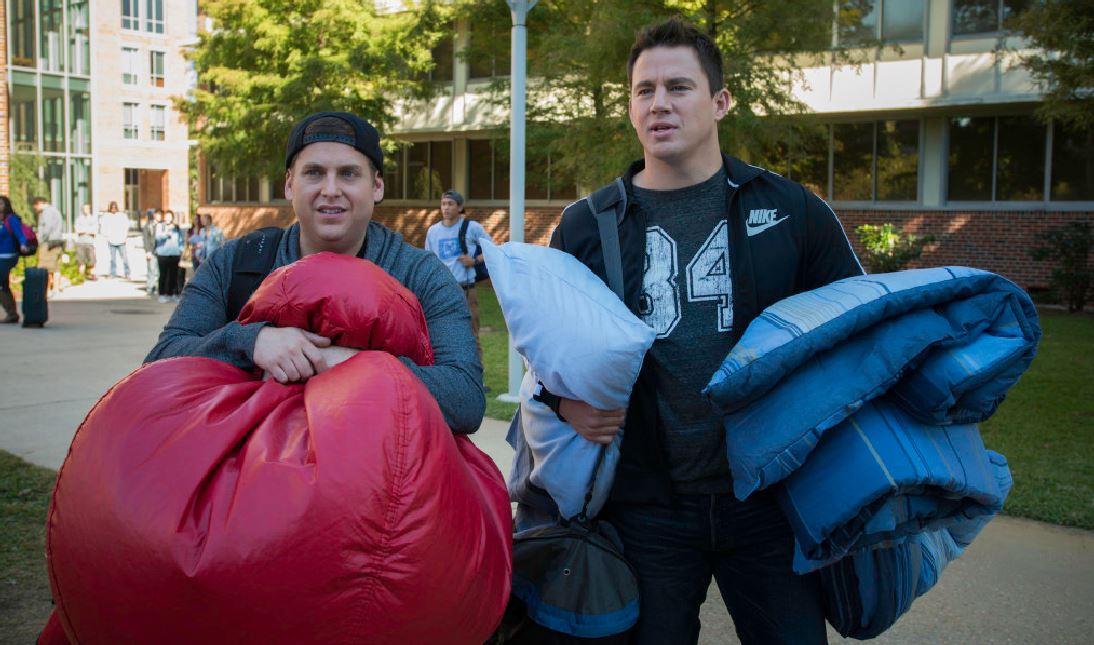 A sports natural, Jenko ends up falling in with the college football team, where possible leads emerge. The more introverted Schmidt finds himself hanging around with an arts club, where he surprises himself by falling for the victim’s neighbour.

But as Schmidt and Jenko’s investigations take different paths, their own partnership is called into question.

Can they uncover the conspiracy, catch the criminals and remain partners?

Jonah Hill and Channing Tatum’s efforts to bring the 1980s TV show 21 Jump Street to the big screen was a little misjudged and not entirely successful, so the team was, perhaps, lucky to get a sequel.

But the second time out for Schmidt and Jenko seems to hit the right buttons. Lovingly sending up sequels and making fun of its own concept, the story – written by Hill himself – folds in a pinch of satire, a little romance, a touch of bromance and – of course – some action.

However, 22 Jump Street – a neat gag explains the sequel’s title – is less about the police procedural than it is about situation and character comedy.

Tatum’s jock does what’s required of him and the supporting characters – particularly Ice Cube – tick the right boxes, but the film’s success is entirely down to Hill’s confident, comic timing.

It’s completely silly but thoroughly enjoyable and although, at times, it becomes a little too knowing for its own good, you’d have to be a bit of a Grinch not to leave with a smile on your face.