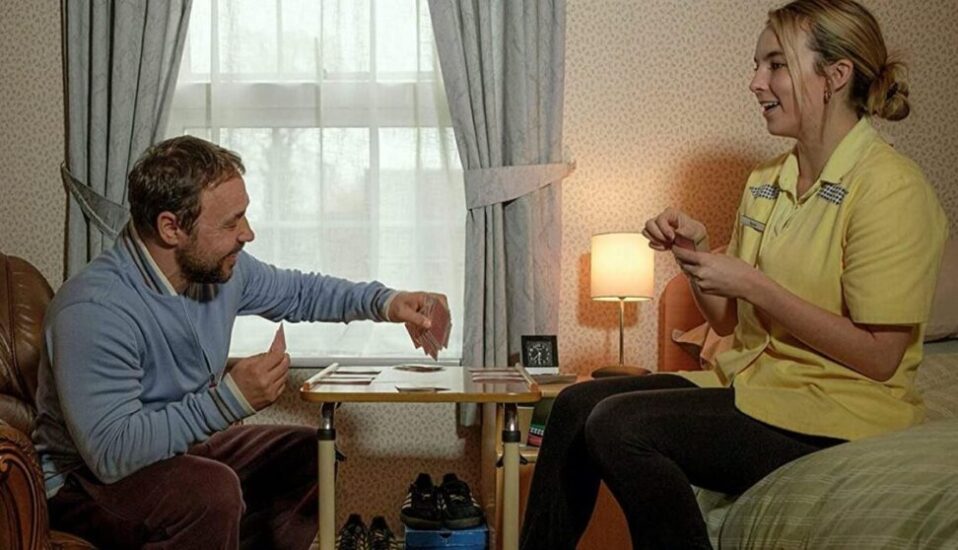 Sarah (Jodie Comer) has just started work as a carer in a residential home in Liverpool. One of her patients is Tony (Stephen Graham), a playful man in his 40s, with early-onset dementia.

Soon after Sarah arrives, the home is struck by Covid. One by one, patients become infected and die, as the dwindling staff numbers can’t get their hands on the right protective equipment.

The home’s boss Steve (Ian Hart) is doing his best to follow the rules, but under extreme pressure to protect his residents, he makes a decision that Sarah can’t live with and she takes it upon herself to remedy the situation.

The first hour of Jack Thorne’s feature length screenplay is an intimate and powerful expose of how care homes across England struggled to protect their residents in the early stages of the Covid pandemic, as staff and patients alike fell down like dominoes. The staff were generally healthy enough to recover and be back at work within a couple of weeks, but the same couldn’t be said of many of the residents.

Whether it was a nationwide shortage of personal protective equipment, hospital patients being discharged to residential homes without being properly tested, the emergency services being too busy to help or a general confusion about the rapidly changing rules, the fictitious Bright Sky Homes in Liverpool could have been any other care home in England.

Jodie Comer’s Sarah embodies the frustration and desperation of those in the care sector and the script is generally more descriptive than prescriptive, so rather than pointing the finger at anyone or anything other than the virus itself, it describes – in detail – the difficulties faced by many of those at the heart of the crisis.

The only bogeyman in the drama is Sarah’s boss, but even he is clearly doing his best under impossible circumstances to help as many people as he can – even if he doesn’t always take the most sympathetic path.

And it’s one decision he makes that sends the last half hour of the TV film in a totally different direction; it digresses from the pandemic, losing its sense of authenticity and becomes a morally-driven thriller, which – while it works on its own level – really belongs in a different production.