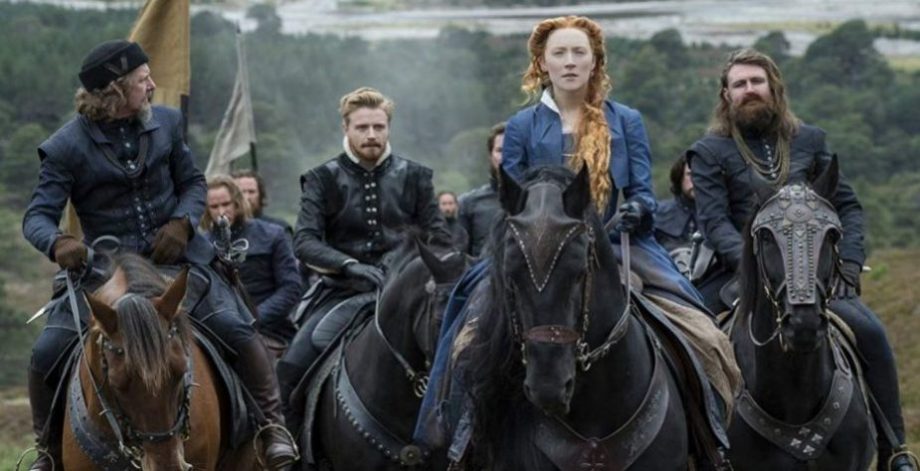 In 1561, Mary Queen of Scots (Saoirse Ronan) returns to Scotland from France to take over the throne from her brother, who’s been minding the fort in her absence.

South of the border, her cousin Elizabeth (Margot Robbie) is on the throne.

With Mary’s return to Scotland, tension between the two kingdoms is bristling. Elizabeth’s scheming advisers are trying to come up with a way to dilute Mary Stuart’s claim to the English crown.

Over the years that follow, a battle of wits is played out between the two Queens – or more specifically, between their courtiers, using everything from men to religion to jostle for dominance – with England and Scotland destined to unite, which Queen will reign supreme?

It’s rare to have a regal historical feature centred on Queens – and two come along at once, with Mary Queen of Scots facing off against Queen Elizabeth I just weeks after two ladies-in-waiting battled for the attention of Queen Anne in The Favourite.

The Favourite chose a particular aspect of Queen Anne’s life over a confined period, making the story-telling simple and effective. In Mary Queen of Scots, the film-makers are aiming to portray an extended period of history, resulting in a complex story, stretching over two decades – and unless you are already familiar with the minutiae of the period, the key characters, their objections and motivations, it might be hard to follow.

The complexity of who’s claiming what and how others are trying to weaken those claims or strengthen their own, through pairing off with this person or that person, all under the scrutiny of courtiers on both sides of the border, makes it a difficult watch. Some elements are hugely convoluted – others are necessarily over-simplified.

The political wrangling is every bit as intricate as some of today’s Brexit scheming – but with the additional threat of execution. With two kingdoms in play, the stakes are high and the power-play brutal, but it’s often hard to engage emotionally with either of the protagonists.

The casting is slightly unconventional, with almost no-one, apart from David Tennant’s protestant preacher, speaking in their natural accent, with many otherwise familiar faces being hidden under facial hair, make-up or prosthetics. It’s perhaps odd to cast an actress as stunning as Margot Robbie if you have to disguise her beauty, almost beyond recognition. And with so many characters looking and sounding somewhat similar, it’s too easy to mix up who’s doing or saying what and why.

The Scottish scenery is as bracing as the interiors are bleak and dirty, contrasting with the grandeur and elegance of Elizabeth’s palace.

It’s a film of contrasts – Queens with their male advisers, national rivalries – but while the production design delivers authenticity, the striking visuals aren’t matched by the frosty and calculated emotions.