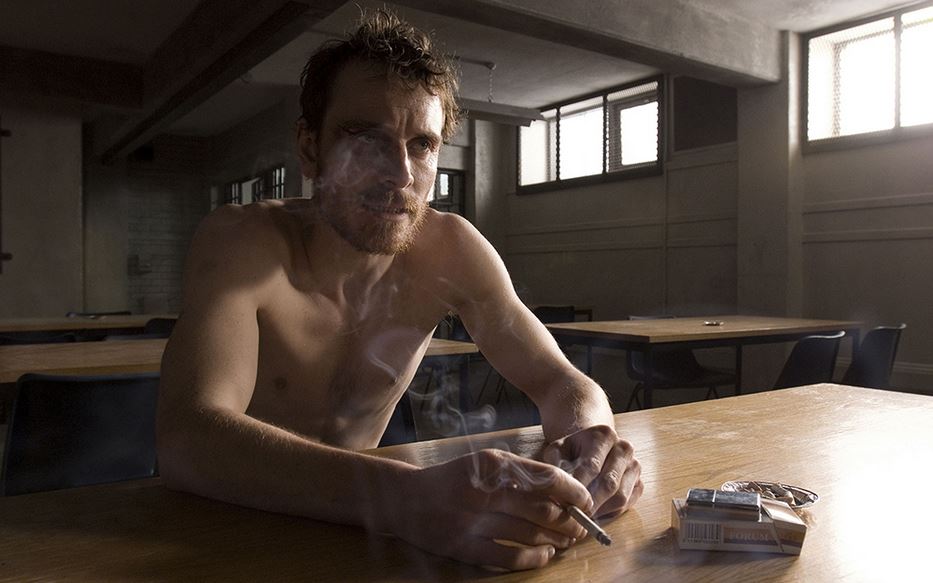 In the early 1980s, at the height of The Troubles in Northern Ireland, a group of IRA prisoners at the Maze Prison began a protest against the authorities, demanding recognition of the political status of their detention.

What began as a “dirty protest,” refusing to bathe and smearing excrement over their cell walls, developed into a more dramatic hunger strike, under the leadership of one prisoner, Bobby Sands (Michael Fassbender).

This film illustrates the bleak living conditions at the Maze, the brutal conflict between the guards and inmates and the determination of the prisoners – under the leadership of Sands – to improve their treatment.

Cinema doesn’t come much more unconventional – or uncompromising – than this debut feature film from the Turner Prize-winning artist, Steve McQueen.

A “three act structure” is there, but nothing like the one with which film-viewers and makers have become familiar.
Most of us are used to spending the first half hour or so getting to know our main character and learning a thing or two about their goals. Here, we spend the first half hour being shown the horrors of life behind bars for the IRA activists of the early 1980s.

We see them come under a hail of batons, forcibly bathed, humiliated and housed in the most Spartan of cells, whose walls are coated in their own faecal matter.

Of course some of this – horrific as it is – is of their own doing. And there’s almost no reference at all to the reasons for their incarceration – these are not simply law-abiding Catholics, plucked off the street by their brutal, Protestant colonial masters. They are men who have killed and maimed in their struggle for independence from the UK. This seems to be a significant omission, if we are to get the full picture.

For some, their fate might be a noble resistance – for others, they deserve everything they get.

It’s only about half an hour into the film where we meet the protagonist, Bobby Sands, and almost all other characters previously followed vanish from the screen.

It’s in a key scene that in a single shot of more than twenty minutes, Sands explains to the prison’s Catholic chaplain Father Moran (Liam Cunningham) his plans to stop eating.

The acting – emotions – content is all so powerful here that we don’t even notice that neither the camera nor the lens have moved. It’s only a peculiar, inexplicable cut to a close-up of a pack of cigarettes, for no apparent dramatic effect, that makes you realise that your experience for the past twenty minutes or so has been as if you’d been at the theatre – a brave act for a man dipping his toe into cinema for the first time – but he gets away with it.

This is one of those difficult examples of a film that tackles a controversial subject, where politically, most people will fall down very much on one side or another, but the film-maker has tried to be descriptive, rather than prescriptive. But it’s very difficult for any viewer to put their own prejudices aside before settling down to experience McQueen’s Maze, so the film will undoubtedly by a tremendously subjective watch.

It’s a very brave film – but while it’s emotionally wrenching, it’s not an emotionally satisfying cinema-going experience. You don’t come away feeling better about yourself or the world – but you don’t come away feeling worse about the world either, as the events portrayed are so far in the past. And the film – being as insular as it is – doesn’t give any sense of the effect the protest had on the outside world.

Arguably, this makes the film more sensationalist than life-enhancing.