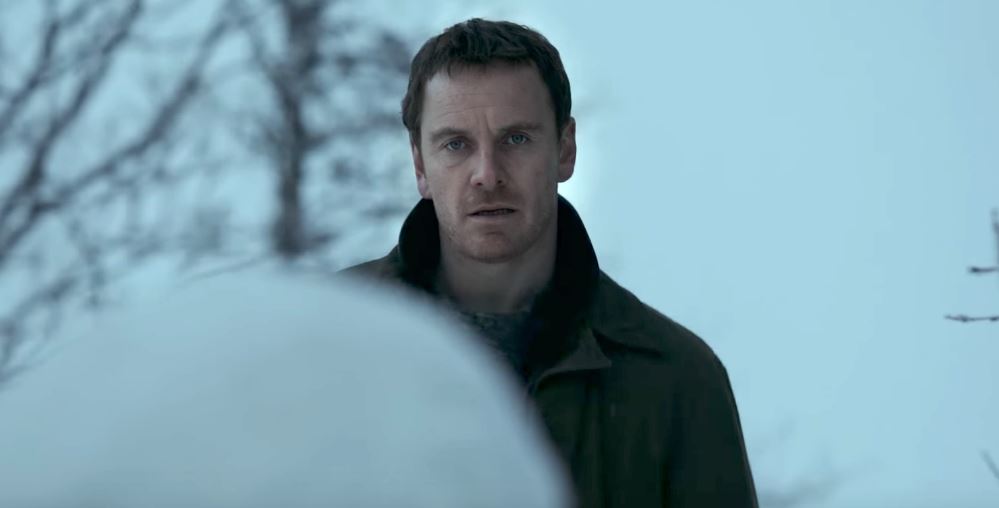 In Norway’s capital Oslo, Harry Hole (Michael Fassbender) is a hard-bitten murder-squad detective, who falls back on alcohol when there isn’t enough else going on his life to keep him going.

His boss apologises that there just aren’t enough murders in Oslo to keep him busy, but when a series of women start going missing, with snowmen appearing at the scenes, he’s in business.

A new detective, Katrine Bratt (Rebecca Ferguson) arrives from Bergen, with a cold-case under her arm – and it doesn’t take too long before Harry realises that Katrine’s missing woman is linked to the new cases.

Katrine is convinced that a sleazy business leader Arve Støp (JK Simmons) is involved but Harry has his own ideas, with many of the victims being patients at a fertility clinic.

Harry buries himself in the case so deeply that the closest he has to a personal relationship – with an ex (Charlotte Gainsbourg) – comes under strain, as the women start turning up in bits and anyone getting close to the truth is taken out of the equation.

Adapted from a novel by Jo Nesbø, the man behind the fabulous Headhunters, directed by Tomas Alfredson, who brought us the original Let The Right One In and Tinker Tailor Soldier Spy, and starring Michael Fassbender, The Snowman has an exciting provenance but rather than being a skillful ice-sculpture, it’s a bit of  damp squib.

It has that authentic Scandi-noir feel, with some impressive winter landscapes, but from the outset, it’s a little confused – set in Norway, with Norwegian characters, but played in English, in a variety of accents – American, Irish, English, Swedish – raising the question of why, if they were adapting a Norwegian novel in English, they didn’t relocate it to the US – like Let Me In, for example.

But it’s the plot itself that’s the biggest problem, bursting with red herrings, so heavily emphasised that they’re obviously irrelevant, back-stories that fail to relate to the present in the way the narrative requires and a killer whose motive is messy enough that it makes little sense and whose modus operandi is unlikely enough that they’d never have got away with it for as long as they have.

There are moments of rather extreme gore – with the killer having a penchant for decapitating and dismembering his victims with surgical precision – although surprisingly little use of the blood-on-snow motif that Tarantino employed in Kill Bill.

The eponymous snowman is a peculiarly pointless addition – providing a calling-card for the killer and a supposed link to the past but no useful clues for the police – not least because in some cases, it’s melted by the time they arrive.

Add the moment when the audience collectively laughs AT rather than WITH the film and the all-important scene where the killer gathers all the main characters in a remote location to explain why he did it and it all leaves the impression that you’ve been watching a formulaic and clunky police procedural that feels more like a pilot for a TV series than a worthy big screen feature.