Often seen as the curtain raiser to Awards Season, the Golden Globes have delivered their usual blend of safe and quirky nominees in a range of film and TV categories.

Studios pushing for Oscar nominations will be delighted or disappointed by their showing among the nominations widely considered as helping to narrow the field for Oscar voters in a few weeks’ time.

If numbers are a sign of a front-runner, Carol has the most nominations, but with only five, it’s not likely to be sweeping the board come the Oscars.

Dividing the main categories into Drama and Musicals/Comedies allows the Hollywood Foreign Press Association, the organisation which hands out the Globes, to honour both the awards front-runners and a number of films that few people ever thought they’d hear of again – and to reopen the debate about what constitutes a comedy.

The most prestigious category – and the one most keenly observed by Oscar-watchers – is the Best Motion Picture Drama list, in which Toronto favourite Room is up against Cannes success Carol, Leonardo DiCaprio’s upcoming The Revenant, the journalism drama Spotlight and George Miller’s latest blockbuster, Mad Max: Fury Road.

The five films in the running for Best Motion PIcture Comedy Or Musical are usually less likely to feature among the Academy Award nominations, unless, like last year’s Oscar Best PIcture Birdman, an Oscar friendly film is categorised by the HFPA as a comedy. This year, David O Russell’s star-studded Joy, Sir Ridley Scott’s The Martian or even Adam McKay’s The Big Short could make that jump, but Trainwreck or Spy? Less likely.

The HFPA’s shortlist for Best Actress in a Drama largely matches the recently announced SAG Award nominations, with Brooklyn‘s Saoirse Ronan, up against Carol’s Cate Blanchett, The Danish Girl’s Alicia Vikander and Room’s Brie Larson, but in the place of Dame Helen Mirren, the fifth nominee for lead actress is Blanchett’s Carol co-star Rooney Mara, who was considered as a supporting actress by the Screen Actors Guild.

The first big snub of the list comes in the Best Actor in a Drama category, which, again, matches SAG’s list in four out of five nominees; Michael Fassbender will be in competition again, for Steve Jobs, alongside last year’s winner Eddie Redmayne’s Danish Girl, Leonardo DiCaprio in The Revenant and Trumbo’s Bryan Cranston. But where the actors themselves chose to honour a usual Globes favourite, Johnny Depp, for playing a gangster in Black Mass, the HFPA have picked an equally crowd-friendly Will Smith, for Concussion.

The nominees for Best Actress in a Comedy or Musical include the stars of three of the Best Picture nominees, Joy’s Jennifer Lawrence, Trainwreck’s Amy Schumer and Spy’s Melissa McCarthy. They’re up against Grandma’s Lily Tomlin and Dame Maggie Smith, for The Lady in the Van.

The Best Actor in a Comedy or Musical includes two of the Big Short stars, Christian Bale and Steve Carell but the others in this category are a bit more eyebrow-raising. Matt Damon in the hilarious situation of an astronaut stranded on the Mars in The Martian, Mark Ruffalo, for Infinitely Polar Bear, a film that tanked at the American box office and isn’t even scheduled for a UK release, nearly two years after it was first shown at Sundance, and Al Pacino, for his phoned-in performance in Danny Collins, which at least had the added bonus of being both a comedy and a musical.

The supporting nominees vary more from the SAG shortlists, with SAG nominees Kate Winslet (Steve Jobs) and Helen Mirren (Trumbo) up against The Hateful Eight’s Jennifer Jason Leigh, Youth’s Jane Fonda and Alicia Vikander, back for her second nomination, this time for the low-budget British sci-fi Ex Machina.

And three of SAG’s supporting men, Michael Shannon (99 Homes), Idris Elba (Beasts of No Nation) and Mark Rylance (Bridge of Spies) will be challenged by Paul Dano, for Love & Mercy and Sylvester Stallone, returning as Rocky in Creed.

There was no room for Steven Spielberg, either in the Best Drama or Best Director category, which will be fought out by The Martian’s Ridley Scott, Carol’s Todd Haynes, Mad Max’s George Miller, The Revenant’s Alejandro González Iñárritu and Tom McCarthy, who made Spotlight, a film which has surprisingly come away without a single acting nomination. McCarthy and his co-writer Josh Singer have at least secured a Screenplay nomination though, where they’ll be up against Room’s Emma Donoghue, Adam McKay and Charles Randolph for The Big Short and HFPA favourites Aaron Sorkin (Steve Jobs) and Quentin Tarantino (The Hateful Eight).

Pixar is up against itself in the Animated Feature category, with Inside Out and The Good Dinosaur hoping to fight off the challenge from The Peanuts Movie, Shaun the Sheep and Anomalisa. 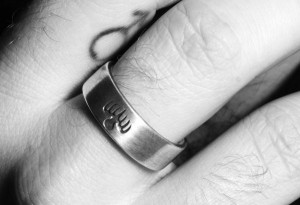 Ennio Morricone’s score for The Hateful Eight is nominated alongside Alexandre Desplat’s The Danish Girl, with Carol, Steve Jobs and The Revenant also in line for a Golden Globe while a somewhat more unexpected list features in the Best Original Song category, including Furious 7, Fifty Shades of Grey and a Bond theme that was widely criticised as weak.

In the TV categories, the HFPA has continued its practice of recognising newer – or at least new media – shows than the safe favourites honoured by SAG, with the best TV Drama Series seeing Game of Thrones facing off competition from Mr Robot, Narcos, Outlander and Empire, without a Mad Men or Homeland in sight.

Similarly in the best TV comedy series category, the likes of Veep, Modern Family and The Big Bang Theory are eschewed for Casual, Mozart in the Jungle and Silicon Valley in the race against Transparent and Orange is the New Black.

A healthy contingent of UK members in the Hollywood Foreign Press Association often leads to a good representation of British actors among the nominations; three of the five nominees for best actor in a TV movie or mini-series are British, two of them also had nominations in film categories – Mark Rylance is recognised, this time, for Wolf Hall, Idris Elba for Luther, while David Oyelowo is nominated for Nightingale. They’re up against Oscar Isaac for Show Me a Hero and Patrick Wilson, whose Fargo co-star Kirsten Dunst is nominated in the corresponding female category, against – among others – Lady Gaga, for American Horror Story: Hotel.

The awards will be handed out at a ceremony hosted by Ricky Gervais, on 10th January.

Best performance by an actor in a motion picture – drama

Best performance by an actress in a motion picture – drama

Anomalisa
Inside Out
Shaun the Sheep Movie
The Good Dinosaur
Snoopy and Charlie Brown: The Peanuts Movie

Love Me Like You Do, Fifty Shades of Grey
One Kind of Love, Love & Mercy
See You Again, Fast and Furious 7
Simple Sound #3, Youth
Writing’s on the Wall, Spectre

Carol
The Danish Girl
Inside Out
Mad Max: Fury Road
The Revenant

Best performance by an actor in a television series – drama

Best performance by an actress in a television series – drama

Best performance by an actress in a supporting role in a series, miniseries or motion picture made for television

Best performance by an actor in a supporting role in a series, miniseries or motion picture made for television

Best miniseries or motion picture made for television