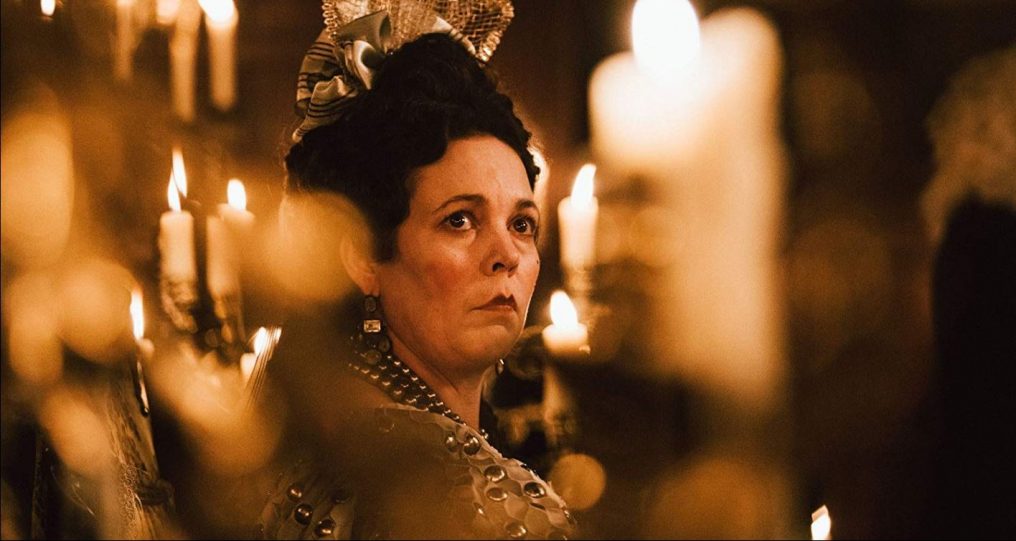 In early 1700s England, Queen Anne (Olivia Colman) is on the throne and rules with an iron fist – very much under the guidance of her chief adviser, Lady Sarah (Rachel Weisz).

When Lady Sarah’s cousin Abigail (Emma Stone) – very much from the wrong side of the tracks – turns up out of the blue, asking for a job, she’s initially given chores to do in the kitchen, but a chance encounter with the Queen herself sees her rise rapidly up the ranks.

Soon, Abigail is vying with Lady Sarah for Queen Anne’s affections and trust as the two strong-willed, highly-ambitious women battle it out to be the Queen’s favourite.

Coming from Yorgos Lanthimos – the idiosyncratic brain behind Dogtooth, The Lobster and The Killing of a Sacred Deer – this was never going to be dull but for a story which is ultimately a battle of wits and words, it truly jumps off the screen.

The sumptuous costumes and sets evoke early Eighteenth Century England to a tee with sharp dialogue – unusually for Lanthimos, not written by the director himself – fizzing at every stage.

It’s a delightfully thrilling battle for power and supremacy at court, with three women pushing each other’s buttons as the story goes places you would never have expected. Meanwhile, in the background, the lowly, almost irrelevant men are having their own battle, as the Prime Minister and the leader of Her Majesty’s Opposition are hoping to persuade the Queen of their approach to a brewing conflict with Spain.

From Colman’s pompous yet friendly staccato to the alternating confidence and concern of Weisz and Stone and the fawning of the handful of supporting men, the performances can’t be faulted.

The plot itself unfolds seamlessly, confidently and mostly coherently, despite a couple of self-indulgent moments from Lanthimos. Some of the motivations of the characters don’t quite ring true as the narrative steam-rollers towards its conclusion and the denouement itself feels a little more incoherent than simply artistically open-ended.

But picking aside, it’s a highly entertaining piece of grown-up entertainment that’s sure to be the favourite of many voters once the awards season begins in earnest with the Golden Globes this Sunday.