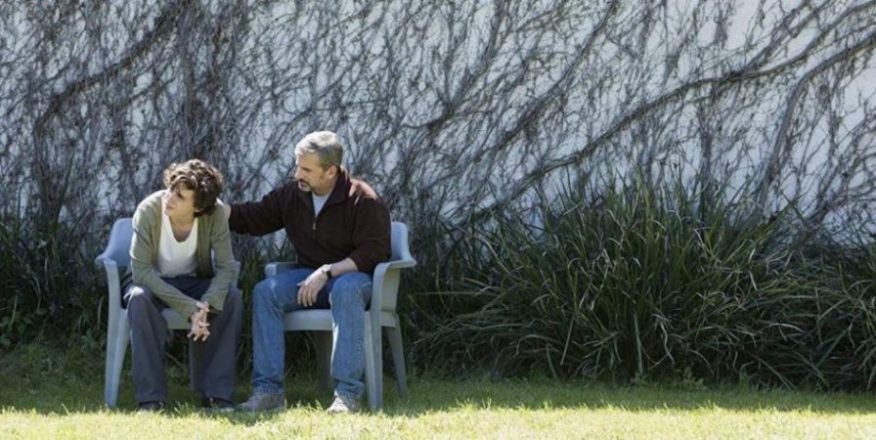 New York Times and Rolling Stone writer David Sheff (Steve Carell) has always had a good relationship with his son Nic (Timothée Chalamet) – or so he thinks.

As Nic reaches his mid-teens, David realises that his son is using drugs – every drug under the sun, it seems. In particular, he’s worried about Nic’s use of Crystal Meth.

David is desperate to support and help his son, and not push him away – onto the streets or even into the arms of his mother (Amy Ryan) – who lives hundreds of miles away.

But each time he seems to be making progress, Nic relapses – and there’s only so many times you can be told that “relapse is part of recovery” before you start to lose hope.

And when all hope is lost, even a father starts to ask himself whether it’s even worth trying to save his son.

Based on the real-life memoirs of David Sheff, there’s an authenticity to this tremendously sad tale – told very much from the point of view of a desperate father.

It’s a tragic love story about the relationship between a father and son, both played with passion and rigour. Steve Carell, in particular, delivers an empathetic turn in a drama that’s rare for an actor who made his name in comedy – and quite broad comedy at that.

Parents will feel his pain as he’ll do anything to save his son and restore their relationship. Children – of which there are more of us – will, perhaps, reflect on our own relationships with our fathers.

But while youngsters might want to shout “we don’t need old people telling us not to do drugs,” this message isn’t just coming from Carell, but very much from the helpless, hopeless heap of Timothée Chalamet. The message is so obvious that few people – other than perhaps addicts themselves – will be able to identify with Nic.

It’s a well-meaning and heart-breaking film, but one might ask why anyone would choose to go to see what is, ultimately, an unremittingly bleak, painful and nihilistic tragedy. Perhaps this is true to life – but if you wouldn’t want this in your own life, why would you want to watch it – and feel it – in someone else’s?

By the time the film reaches the point where the father can take no more, most in the audience will already feel so exhausted at getting their hopes up and having them dashed, time and time again, that they might wonder who would be so emotionally masochistic as to choose to put themselves through this experience – David Sheff had no choice, but we do. For anyone who didn’t already know that drug abuse destroys lives, it’s crystal clear from very early on, not least through expositional use of songs and props – and for anyone who thinks they’d be able to help their child through their lowest points, this film is basically telling you not to bother as it simply won’t help. The statistics over the end credits do little to give the film purpose.

Rather than the ironic reference of the title, the most beautiful thing about Beautiful Boy is the cinematography – almost so striking at times as to be distracting.

Told with a fractured timeline – as if to spice up an otherwise pedestrian and repetitive narrative – at times it can be confusing to work out what period we are watching. And there seems to be no justification for employing another editing trick – starting midway through the story, flashing back and then eventually catching up; there is no sense of apprehension or discovery in how we approach the scene the second time around – you have to go back to the summer of 2011 to see this technique being used more pointlessly, in One Day.

What can be seen on one level as a powerful family drama is ultimately an avoidable display of misery and despair.