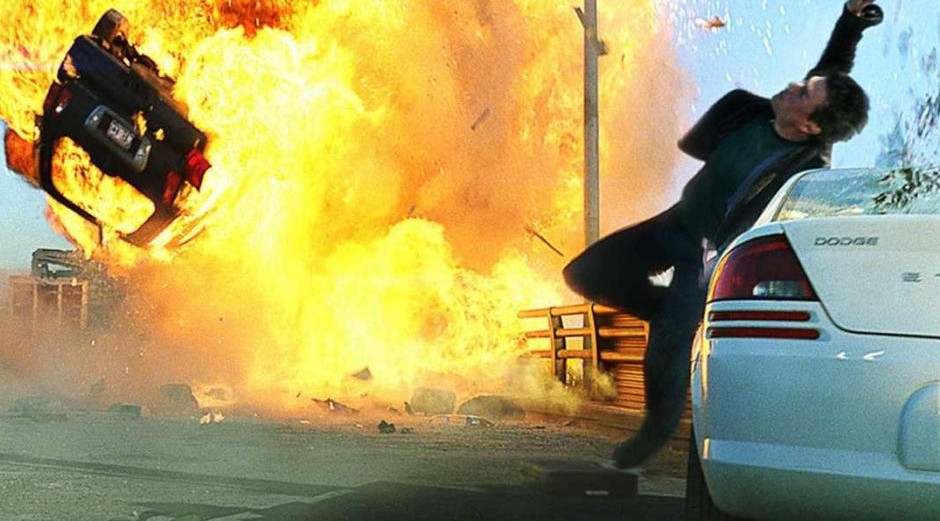 Ethan Hunt (Cruise) has quit the excitement of impossible missions, so that he can settle down and marry sweet, unspoilt Julia (Monaghan). She thinks he works for the Department of Transportation, but in reality, he’s still training new agents.
When one of those agents is kidnapped, under threat of death, by ruthless arms dealer Owen Davian (Hoffman), Hunt comes out of semi-retirement to lead a mission to rescue her.
Things don’t quite go to plan – of course they don’t…this is the beginning of a Hollywood blockbuster, we’re talking about! – so Ethan takes it upon himself to launch a new (impossible) mission in the Vatican, without telling his bosses.
There are pats on the back all round when this goes considerably better than the last one. But for some, it goes rather too well, and soon, an unexpected military attack turns the tables.
Ethan now finds himself with another impossible mission – Julia is in the clutches of Davian and will be killed unless Ethan can deliver a jar, clearly marked as containing something dangerous, within two days. Davian calls this “the rabbit’s foot.” Hitchcock would have called it a MacGuffin. It doesn’t really matter what it’s called – it doesn’t even matter what it does – all that matters is that it’s very important to all the characters and worth risking their – and other people’s – lives for.
The search for the rabbit’s foot takes Ethan to Shanghai, where, with the help of colleagues – new and old – he does his best to save his no-longer naïve and unspoilt fiancée.

This time it’s personal. Just when Ethan tries to quit the field and settle down, his unsuspecting fiancée is drawn into his world of gadget and technology-fuelled espionage.
From a gritty Berlin warehouse, through the grandeur of the Vatican, to Shanghai’s shanty-towns and state-of-the-art skyscrapers, Hunt and his team tour the world, with guidance from Simon Pegg’s Q-style computer boffin, back at base, leaving a trail of their own special brand of destruction behind them.
With the man behind TV’s Alias and Lost, JJ Abrams, at the helm, the third film in the franchise has a frantic and glossy feel – hand-held, close-up camera ratchets up the tension; cars, helicopters, planes, boats and parachutes spread the chases neatly across three dimensions; and the futuristic coloured neons, light up the Shanghai night-sky like Chinese fire-crackers.
Cruise is clearly the star here, with few others allowed enough screen-time to leave their mark – even Hoffman, who enters with the presence of a classic Hollywood bad-guy, exits with the gravitas of a piece of road-kill, gone and forgotten in seconds.
Clearly comfortable with being “Lost,” Abrams gives us a plot which is likely to leave many viewers not quite sure where they are, who’s doing what to whom, or why.
But there’s no doubt that if you don’t worry too much about the gratuitous complexities and the twists being scattered from the screen like shot-gun pellets, the beautiful people and their many-and-varied action sequences will have no trouble keeping you entertained for two hours.