The British Board of Film Classification received 40 complaints about the 12A certificate for SPECTRE – the highest for any film last year. 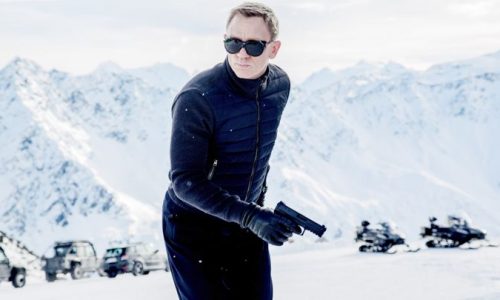 Releasing its annual report, the BBFC said most people were concerned about violence and one of the most complained about scenes involved an eye-gouging. Another scene that received complaints involved Christoph Waltz’s villian inserting a drill into Bond’s head, but the BBFC notes that there was no blood and the film used “sound and Bond’s facial expressions to suggest pain.” The organisation says the original cut of the film would have required a 15 certificate but it suggested changes, including to the eye-gouging scene, to help the distributors achieve the 12A they hoped for, to be able to attract larger audiences.

Another spy film, Kingsman: The Secret Service, received the second highest number of complaints, at 38, with most of the viewers also concerned about the levels of violence, arguing that its 15 certificate was too lenient. The BBFC said the original version would have been an 18 certificate but producers took its advice to make cuts that enabled it to secure the lower rating.

Given the relative box office figures of the two titles, the BBFC notes that a larger proportion of the Kingsman audience wrote to complain, although the Board says the complaints came from a very small proportion of the audiences.

There were 22 complaints about Terry Jones’ comedy Absolutely Anything, mostly about the the use of the F word – even though the original 20 uses were cut to 6, to qualify for a 12A certificate. The Maze Runner: The Scorch Trials received 21 complaints about it’s 12A certificate, despite cuts being made to more violent scenes that would’ve made it a 15.

The U-rated animated comedy Minions received 16 complaints, mostly from people concerned about a scene involving the characters being stretched on a rack in a medieval-style dungeon. The BBFC said young viewers would have expected the Minions to survive and the realistic risk of anyone trying to copy what was seen on screen was “very low indeed.”

The report showed that the BBFC rated 983 films for theatrical release last year – an increase of 2.7% on 2014. The largest proportion of them were classified at 15, with 383 approved for 15 year olds an above, with 321 being rated 12A. The BBFC also noted a 5.6% fall in the number of hours of DVD and Blue-Ray products it classified, while the number of hours rated for viewing online was more than 41% higher last year than in 2014.