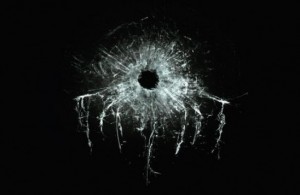 Radiohead’s frontman Thom Yorke has confirmed on Twitter that his band was originally asked to record the theme for the most recent Bond film, SPECTRE, but – in his words – “it didn’t work out.”

With rousing orchestral chords, reminiscent of many earlier Bond themes, it shares a falsetto vocal, not dissimilar to that of Sam Smith, whose Writing’s On The Wall was eventually used.

Radiohead’s song, called Spectre, became “something of our own which we love very much,” the singer continued, before publishing a link to it on Soundcloud, where it’s been made available as a free download, as a Christmas gift to fans.

Some music critics have already given Radiohead’s track a warmer reception than Sam Smith’s song, which went on to become the first Bond theme to reach number one in the UK singles chart. The Guardian’s Pete Paphides has described Spectre as exquisite, with a sensational string arrangement.