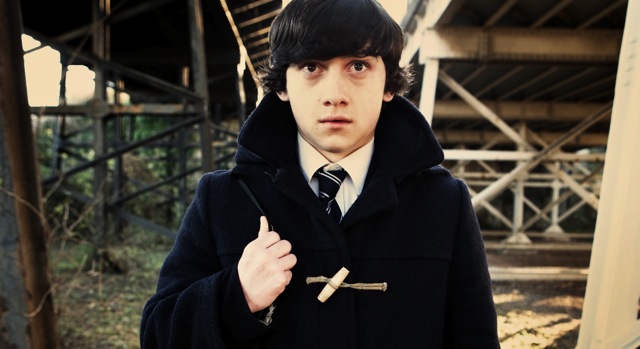 In a 1970s Welsh seaside town, fifteen year old Oliver (Craig Roberts) is an unremarkable teenager with a rather jumped up sense of his own importance.
He has a bit of a crush on his class-mate Jordana (Yasmin Paige), who – fortuitously – has just been dumped by the class bully.
But just as he starts to explore his own sexual feelings for the first time, he realises that the marriage of his parents (Sally Hawkins and Noah Taylor) – traditional and eccentric in equal measure – appears to be on the rocks, not least because of the return of his Mum’s old flame Graham (Paddy Considine), a new-age motivational speaker.
Putting his time and effort into keeping his parents together plays havoc with his pursuit of personal happiness with Jordana, which makes him sound rather altruistic.
But for Oliver, it’s more about proving to himself that the world revolves around him.

Very much a first person narrative – to the extent that Oliver even suggests camera angles for the film crew he believes should be chronicling his life – Submarine is a quirky and loveable coming-of-age film about a teenaged boy whose principles always come second to progress.
Harking back to the slightly younger diarist Adrian Mole, and sharing his general disdain for much of the winder world, Richard Ayoade – known to most people for his role in TV’s IT Crowd – brings Joe Dunthorne’s novel of the same name to the big screen with two of Britain’s brightest young talents.
Craig Roberts – as Oliver – is as loveable as he is dismissive and selfish. Yasmin Paige’s no-nonsense pyromaniac bully doesn’t sound on the surface like the kind of girl any self-respecting guy will put himself out for, but she wins you round and breaks your heart, without even trying. One of the few difficulties of the film is that their relationship lacks the chemistry the core of a film needs to draw you in. Perhaps, though, puppy love never feels real to an adult?
Much of the humour comes from Oliver’s awkwardness – from his naïve attempts at wooing to his father’s embarrassing attempts at bonding over the impending arrival of his manhood.
You’ll laugh and you’ll cringe as you grow with Oliver and share his pain and confusion at the world around him and his misguided belief that he can affect it.
But while Oliver’s relationships largely feel authentic, the supporting characters fall a little too far into the realm of caricature to feel real to us.
This is excusable, given that the film is very much told from Oliver’s point of view, and to a fifteen year old boy, his parents and the eccentric neighbour will always come across a little odd.
Ayoade’s first venture into feature films draws on his highly cine-literate background, recalling everything from the French New Wave to English kitchen sink drama. And he’s a director who takes his music seriously, playing in full a handful of specially commissioned songs by the Arctic Monkeys’ Alex Turner.
Submarine is a light, slightly surreal, growing-pains tale with a spark and a good heart. And like a submarine’s periscope, this is the first sign we’re seeing of a director with more substantial films in him.