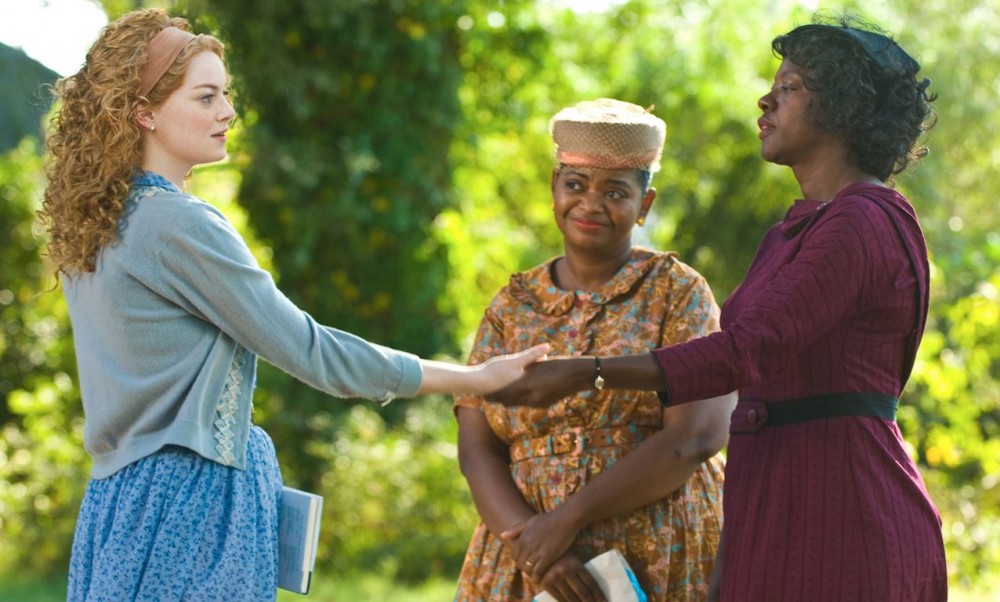 In the early 1960s, ambitious young journalist Skeeter (Emma Stone) returns home to Jackson, Mississippi from college and manages to get a job at the local paper – but only writing a column about cooking and cleaning tips.

She knows nothing about either of these, so turns for advice to her friend’s maid Aibileen (Viola Davis).

The better she gets to know Aibileen – and her friend and fellow maid Minny (Octavia Spencer) – the more she realises just how badly The Help are treated by their middle-class white bosses – chief among them, the local diva Hilly (Bryce Dallas Howard), who won’t even let her maid use the same toilet. “Equal, but separate,” she insists.

Skeeter has a new idea to make it as a real writer – she’ll interview the maids and expose their ill-treatment in a book. Publisher Elain Stein (Mary Steenburgen) is interested to see what she can come up with, but Skeeter finds it harder than she expected to persuade the downtrodden housemaids to put their heads above the parapet.

There’ve been many films about this era and the struggle of black women to achieve not so much equality but simply respect would be enough.

Like its predecessors, it’s moving and inspirational, with some terrific performances – the bullying white witches – led by Bryce Dallas Howard, the determined housekeepers – led by Viola Davis and Octavia Spencer, either of whom could find herself nominated come awards season – and Jessica Chastain’s naive and accidental hero is also a joy to watch. Emma Stone – while the central character in the story – has a less interesting role.

But effective as the message is, dealing with a few specific cases rather than the broader civil rights issue makes it feel a little parochial.

Building separate toilets outside for “the help,” while humiliating for those involved doesn’t feel as shocking or epoch-changing as lynchings or race riots – and indeed, even in terms of this film, when the book comes out, it’s more of a cathartic moment for the maids that gives them a little more self respect, but it doesn’t really change anything.

All this said, it’s stunning to think that so recently in history, such attitudes towards African Americans were so prevalent in the US – and within living memory, there would be a black family in the White House.

But as effective as the message is, particularly when it’s such a familiar message, they really didn’t need the best part of two and a half hours to get it across – and there could have been an easy solution to this.

It has far too many endings – every time you feel that it’s reached a suitable conclusion, it finds something else to say – and not necessarily something worth saying; each time it continues, it becomes less interesting and powerful.

The whole film is leading up to the publication of the book – so ending the film at that point would have been more effective, emotive, neater – and shorter.