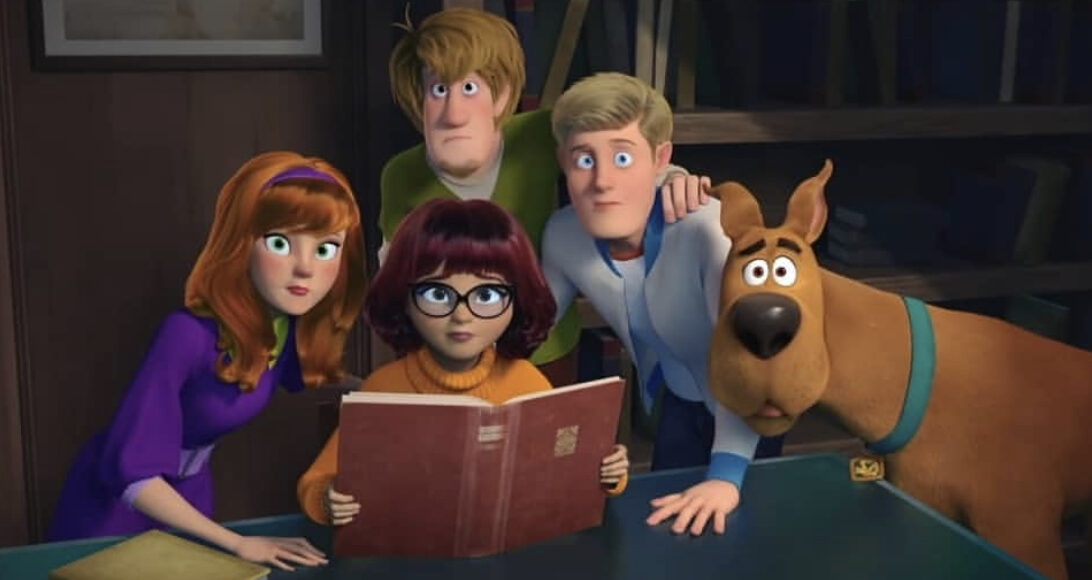 When young Shaggy and his dog Scooby Doo are picked on by two older kids while out trick-or-treating one Halloween, a group of three other kids – Fred, Daphne and Velma – come to their aid and lifelong friendships are formed.

The first – immediate – adventure for the gang involves entering a haunted house to retrieve their sweets, where they inadvertently uncover a secret about the owner.

Years later, the gang have built up a reputation for solving mysteries but they need a cash injection to move onto bigger cases.

Enter Simon Cowell – yes, THE Simon Cowell – who’s willing to invest in the group, but only if they get rid of “the weakest links”, Shaggy and Scooby (Will Forte and Frank Welker).

The pair retreat to their favourite hangout to cheer themselves up – and promptly come under attack from robots sent by the evil Dick Dastardly (Jason Isaacs), before being rescued by their favourite superhero, the Blue Falcon (Mark Wahlberg).

When Fred (Zac Efron), Daphne (Amanda Seyfried) and Velma (Gina Rodriguez) set off to rescue their friends, the gang are reunited in a battle to stop Dick Dastardly’s evil plan.

This latest animated adventure featuring Hanna-Barbera’s mystery-solving gang of teenagers and their ravenous dog, loved by generations of kids since the 1970s, has a tricky line to tread; it’s trying to appeal to today’s youngsters while taking their parents on a nostalgia trip.

It manages both – but not in a way coherent enough to keep both audiences together.

Younger kids will laugh at the slapstick visual gags, wonder at the super-hero derring-do and gasp at the often outrageous action.

Adults will nod with recognition at some familiar catch-phrases and sound-effects, as random characters from a variety of Hanna-Barbera’s other cartoons make guest appearances – from Captain Caveman and Blue Falcon to Dick Dastardly – while there are a handful of arresting gags that, at the very least, acknowledge that the kids probably aren’t sitting watching alone.

And while the TV show was all about solving mysteries and uncovering criminals, masquerading as supernatural villains, this film throws everything but the kitchen sink at the audience, from super-heroes to shape-shifting robots, buried under incongruous elements of science fiction and the paranormal.

The only part of the film that’s truly faithful to the TV series is the opening “origins” scene, in which the characters are introduced to each other – and to the audience. That sets up the prospect of an entertaining crime-fighting adventure, but instead we get a mish-mash of Hanna-Barbera’s greatest hits, lost in a noisy and colourful but incoherent plot that feels like the wrong vehicle for these familiar characters and the surprisingly big-name voices that bring them to life.

It’ll probably be best enjoyed by younger viewers who won’t know Simon Cowell or the other supporting characters – or perhaps even the protagonists – but who can just enjoy the silliness. They probably would have got away with it if it wasn’t for those pesky adults.