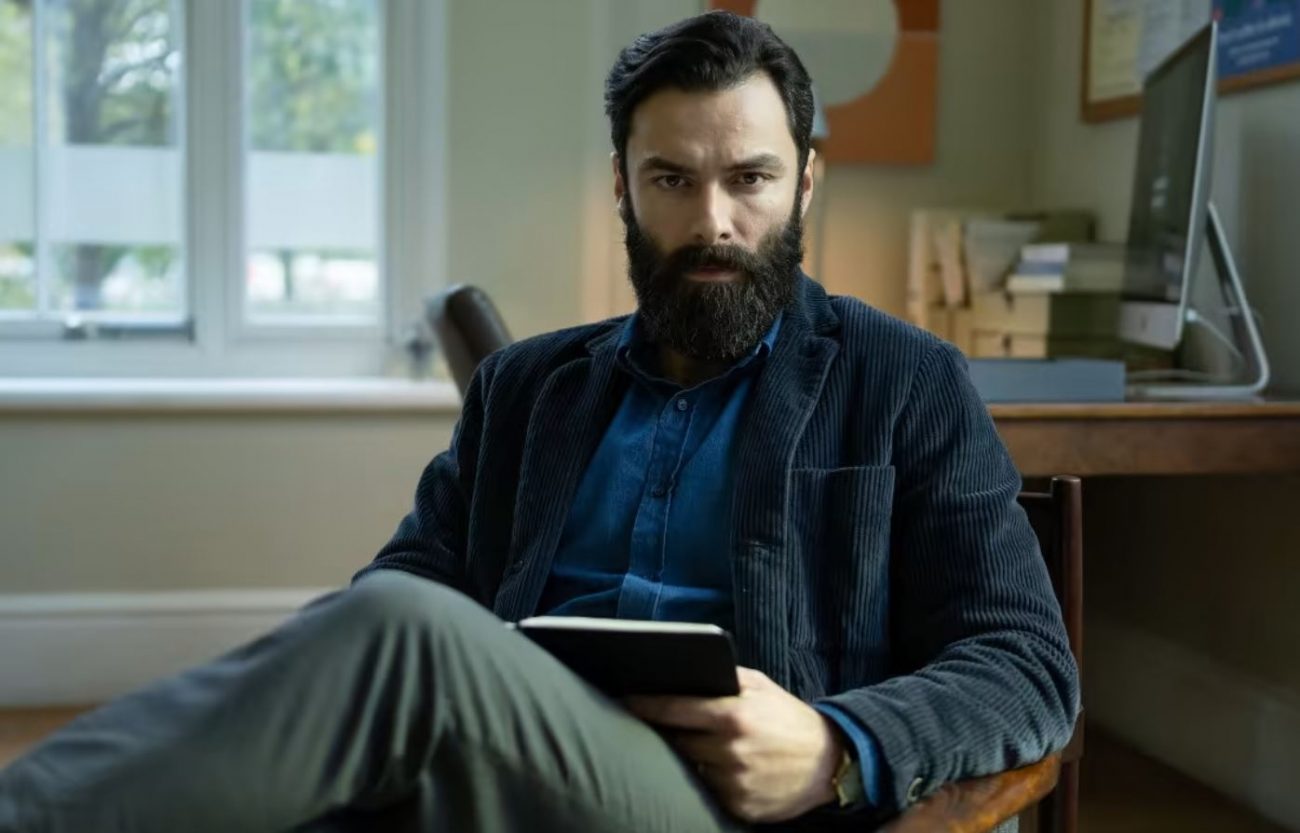 London psychologist Joe O’Loughlin (Aidan Turner) has a busy workload. He’s just talked in a terminally ill hospital patient from a ledge. He’s assessing a young man, Bobby (Bobby Schofield), convicted of assault, before his sentence. And Detective Inspector Vince Ruiz (Shaun Parkes) has asked his advice in profiling the murderer of a woman, found buried in a shallow grave in a local cemetery.

And he’s just been diagnosed with Parkinson’s Disease, by his best friend and colleague, Jack (Adam James).

As the murder investigation progresses, DI Ruiz begins to think that Joe might be the killer himself, despite Joe’s protests that he thinks Bobby has something to do with it – or maybe even Jack.

As the police contend with a series of red herrings, a number of other deaths are being linked to the case, adding to the urgency of bringing the killer to justice.

When the investigation starts to put pressure on his family life too, he decides to set off around the country to try to identify the killer himself – or is he just trying to put the police off his own scent?

This five part ITV drama begins with promise – it quickly wins us over to like Aidan Turner’s Joe; moments after being diagnosed with Parkinson’s, he’s out on a ledge with a suicidal patient, before seeing troubled young Bobby and then heading home to his wife, daughter and a plumber who seems to be taking ages to fix the boiler.

But when the police investigation starts throwing up things a respected family man and doctor would rather stay in the past, doubts are quickly thrown on his reliability, however clever he is at trying to pass the blame onto others.

Two episodes in and it’s a gripping psychological thriller that feels like it could go in any direction.

But the plot starts to unfurl rather dramatically as Joe sets off on his odyssey around the country, determined to prove his innocence. Police just pop to Liverpool to chat to a potential witness, like it’s a five minute drive away. They ignore clear evidence that would sway their investigation, simply because it’s narratively more exciting for them to remain blinkered.

The multi-layered plot effectively leaves the audience wondering who did what to whom and why – and it’s interesting that different characters clearly have different views about what’s going on.

There’s a sense that this could have been resolve in four episodes rather than five, as much of the backstory becomes clear to the audience – it’s just that the police are a little slow to catch on, choosing to follow their own hunches, rather than following police procedure. Shaun Parkes is as likeable as his nemesis – which makes it all the more frustrating that he and his team seem to ignore the evidence at every turn; they could take advice from Sam Rockwell’s detective in See How They Run, who advises his young assistant, “Don’t jump to conclusions.”

By episode 4, the audience can see the bigger picture, even if the police can’t; there’s only really one piece of the puzzle missing, and that arrives in the form of a formulaic, expositional finale, in which basically all of the surviving characters end up in the same location for the denouement.

It’s tense and exciting, but hits those targets only by being equally silly and incoherent. It’s enjoyable nonsense.