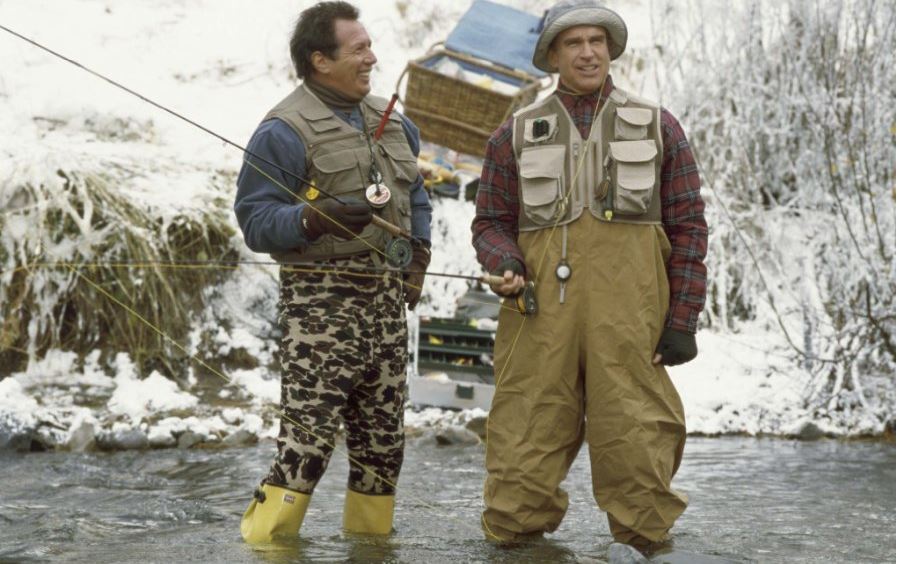 Warren Beatty tends to go to extremes, making either classics or flops, with 14 Oscar nominations and two of Hollywood’s biggest failures to his name. This is widely seen as one of them: an $80m vanity project, a comic-drama, short on comedy and drama, supposedly plagued by rewrites, reshoots and Beatty getting too big for his boots.

Actually, it’s nothing like as bad as you might expect. It’s by no means a good film, but Battlefield Earth it ain’t.

Town & Country begins with Beatty’s wealthy New York architect, Porter, and his wife Ellie (Diane Keaton) celebrating their 25th wedding anniversary with their best-friend couple Griffin (Garry Shandling) and Mona (Goldie Hawn). When Mona discovers that Griffin is having an affair, their marriage comes to an abrupt end. Ellie’s complacency about her own relationship is shattered when she discovers that Porter too has been unfaithful.

Some nice comic touches and typically awkward moments will win nods of acknowledgement. But the performances tend towards over-acting and too many jokes fall flat, necessitating the odd obvious laugh to get viewers back on side. Where the film really falls down is in its eccentric and unbelievable collection of supporting characters and some illogical situations, including a ludicrous show-down in the ladies lavatory.

Ultimately though, Town & Country is just too small a film for its over-inflated budget. This kind of film just shouldn’t have cost that much. But that doesn’t make it bad – just ill-advised. With a cost and cast of equally high-profile, perhaps expectations were just so high that they could only be dashed. With a more modest budget and cast, it would have been seen as no worse than a mediocre bittersweet study of mid-life crisis.