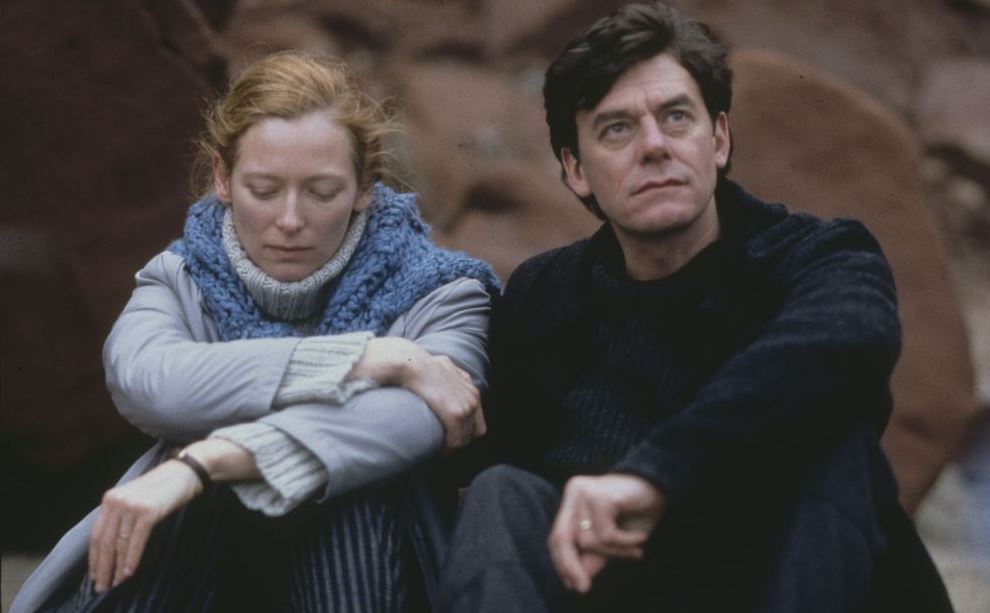 The fourth film by the French Canadian theatre director Robert Lepage – his first in English – cements his reputation as a film maker with a unique vision.

Possible Worlds is a poetic study of the nature of human existence, wrapped up in a murder mystery.

George Barber (Tom McCamus) is found dead with $1000 in his pocket but with his brain missing. Interspersed with the subsequent police investigation, we see moments of George’s life as he struggles to make sense of the world – or worlds – he lived in. “Each one of us exists in an infinite number of possible worlds,” he muses, as he keeps meeting the same woman, Joyce (Tilda Swinton), although each Joyce he meets has a different past, a different present, and a different personality.

Lepage employs exquisite visuals as he explores George’s imagination and the role it played in his life, asking fundamental questions like do our thoughts exist before we think them? Or is there another me?

The pace is slow and deliberate, but any faster and the audience would get lost. Possible Worlds is not easy to watch, and poses more questions than it could ever hope to answer, but this intelligent film will certainly achieve the director’s goal of inspiring discussion.

A version of this review was first published on the BBC Films website.