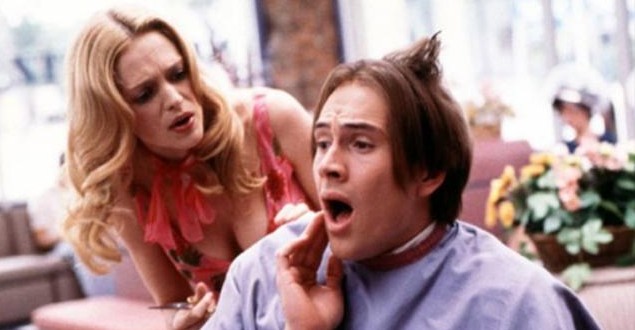 Peter and Bobby Farrelly almost developed a film genre of their own, with films such as “Kingpin” and “There’s Something About Mary”, but this time, they step back from the helm, and as producers, with less creative control, their Midas touch has gone.

Chris Klein plays the uneducated, hapless Gilly, who works at an animal shelter. The town comes to life with the arrival of a beautiful but hopeless new hairdresser, Jo (Heather Graham). An ‘industrial accident’ sends the two of them headlong into an intense love affair, thundering inexorably towards marriage.

But a spanner is thrown into the works when a private detective tells Gilly that Jo is actually his sister. Jo’s mother Valdine (Sally Field, clearly having a ball) wastes no time in arranging to marry her off to a shady millionaire. And Valdine is prepared to go to any lengths to keep Gilly out of the way in the meantime.

All of this involves the now trade-mark Farrelly brothers’ tastless shock humour – including bodily fluids, a legless pilot and a politically incorrect supporting cast – but without the brothers at the helm, the jokes aren’t as effective.

The material lacks the underlying intelligence of their earlier films, and because Klein and Graham are too likable, you end up more often feeling sorry for them than laughing at them, which isn’t want you want for a comedy.

You will laugh, and you’ll often feel embarrassed that you have. But you’ll feel more embarrassed for the actors who suffer the indignities of this material.