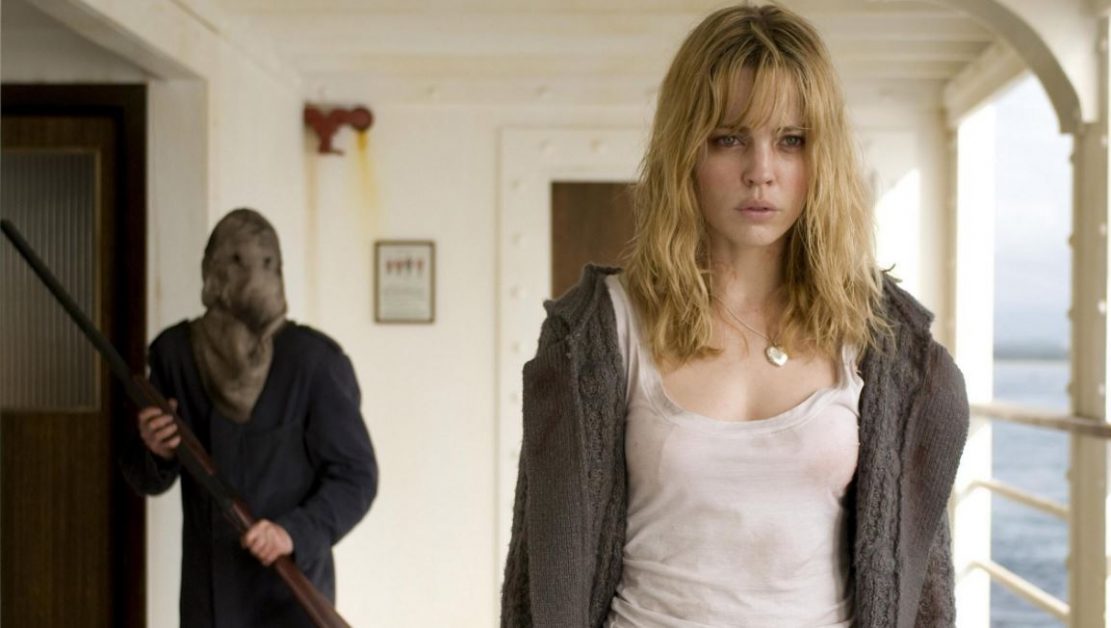 After a stressful morning with her young son, Jess (Melissa George) joins a group of friends for a day-trip on a yacht.

A bit the worse for wear, looking like she’s been through hell, she seeks refuge down in the bedroom while the others drink, laugh, flirt and enjoy the sunshine up on deck.

From out of nowhere, comes a storm so heavy that within minutes, when it’s cleared, the yacht is upturned with the twenty-somethings clinging onto the hull for dear life.

When a passing cruise-liner stops nearby, they clamber on board to safety – or at least that’s what they think.

The place is deserted. Empty, echoey corridors extend in all directions, linking an eerily fully-stacked dining room to cabins, theatres and all other facilities you’d expect from a cruise-ship.

Jess is having a terrible case of déjà vu, while some of the others become convinced they’re not alone.

The gang split up to try to find out what’s going on.

Why do they do it? Gangs should know that splitting up to explore a spooky, deserted cruise-liner in the middle of the ocean after a mysterious storm can’t be a good idea – and sure enough, they start dropping dead, one by one, and Jess is more than a little confused when the fingers start pointing at her.

This is a brave attempt to do something different.

As long as you don’t think too hard about decoding its logic, it’s a highly original, tremendously imaginative thriller, which takes many familiar themes and brings them together with a fresh twist.

The direction is tense and well paced – although the main twist is revealed unusually early for a thriller, making the film more of a drama about Jess’s personal journey than the usual youth gang teen horror.

But as soon as you try to work out the timeline of this tortuous tale, it starts to fall apart and more questions are posed than answered.

There are some nice visual touches which nudge the story along – there’s much more showing than telling which, as any screenwriter will tell you, is a good thing.

It’s a valiant attempt to do something different, but it doesn’t quite work.

Even by modern co-production standards, this Triangle has considerably more than three points of heritage. A British writer-director brings in money from the UK Film Council, but the Allied Irish Bank is in there too for a film that’s shot in Australia, with an antipodean cast that’s playing American in a US-set story, because that’s where it clearly expects to recoup most of its budget.