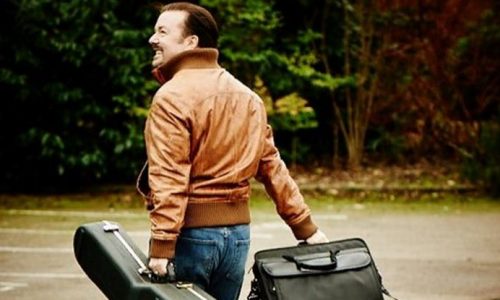 The distributors Entertainment One have been good enough to offer our UK readers (sorry foreign visitors) some goodies to coincide with the release of The Office star David Brent’s feature film debut, Life on the Road.

More than a decade after leaving the Slough paper firm Wernham Hogg, Ricky Gervais’s alter ego is working as a sales rep for a cleaning products firm, to try to raise the cash to take his band on tour, in the hope of getting signed to a major record label.

Anyone familiar with The Office won’t be surprised to learn that David Brent’s Life on the Road is a cringe-inducing catalogue of well-meaning insults, social misunderstandings, misguided self-confidence and shattered dreams. 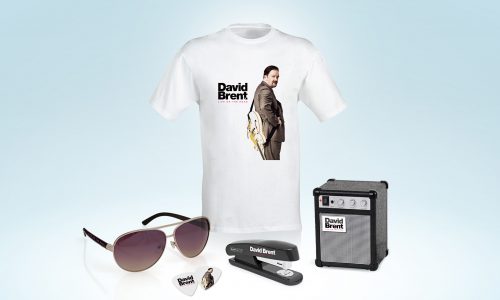 To win a gift pack including a T-shirt, sunglasses, a branded stapler, a branded guitar pick and a guitar-amp style speaker, visit What’s Worth Seeing’s facebook page (click here) and send us a private message with the answer to this:

David Brent: Life on the Road is released in the UK on Friday 19th August 2016. We’ll announce the winners the following weekend.

THE WINNERS OF DAVID BRENT’S GUITAR PICK (AND OTHER ASSORTED GOODIES) ARE:

Sam P – from Barcombe
Rebecca M – from Derby
John R – from Ormskirk
They all knew that although David Brent was a character created by Ricky Gervais with Stephen Merchant, the only film the pair have directed together was Cemetery Junction. Well done them – and thanks to everyone else who entered.