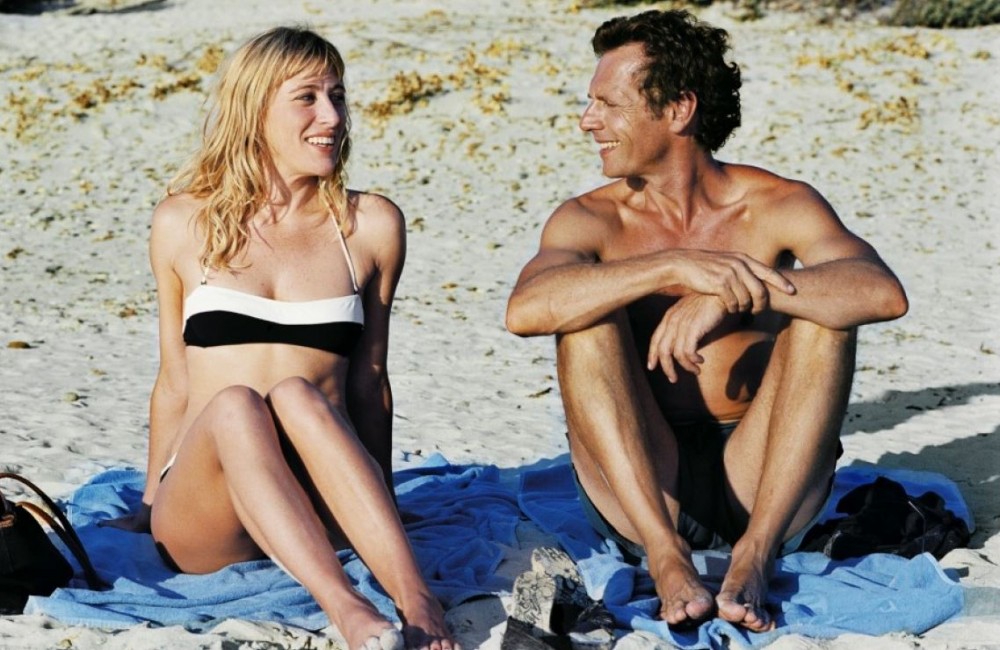 5 x 2 is a study of the what director François Ozon sees as the five stages of a marriage.
In five separate vignettes, he examines the blossoming of the relationship between Marion and Gilles, their wedding night, the birth of their child, the breakdown of the marriage and their eventual divorce.
But there’s a gimmick – Ozon tells the story backwards, starting with the misery of divorce and ending with the hope of a beautiful future together.

What was the point of telling this story backwards? Apart from giving it the more traditional story path of despair leading to happiness, unlike Memento, the reverse chronology served no real purpose.
Like Irreversible and 21 Grams, its skewed structure appears to be little more than a device to spruce up an otherwise rather dull story.
The film thinks its much more clever than it is – setting itself up as an opportunity to explore the difference stages of a relationship, but failing to deliver. There’s clearly still warmth left at the divorce, there’s no sign of what actually leads to the marriage break-up and there’s not really enough chemistry at the start of the relationship to suggest it will work long-term in the first place.
They never seemed happy, we didn’t learn what they ever liked about each other and what ultimately went wrong.
Unless the message is that marriage and relationships are complicated and not just black and white, he’s wasted his time – but if that is his message, it’s not telling us anything we don’t already know.