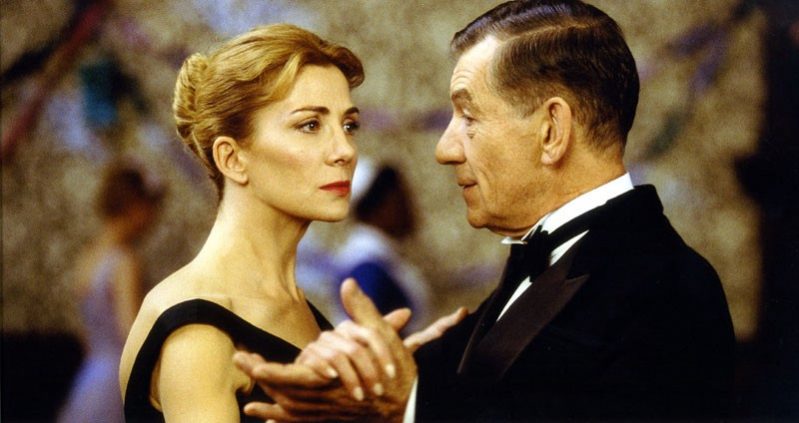 Psychiatrist Max (Hugh Bonneville) arrives to take up a position as “number two” at a secure hospital in 1950s England.

His wife Stella (Natasha Richardson) doesn’t fit into this highly controlled environment as well as her husband, and soon finds herself being drawn to a mysterious patient, Edgar (Marton Csokas).

Their attraction soon gets out of control and when news of it leaks out, it causes a scandal that threatens Max’s new job – and his future promotion prospects.
Max’s rival for the top job, Peter (Ian McKellen), has his own reasons for trying to keep Stella and Edgar apart, but he’s happy for the scandal to rumble on long enough to damage Max.

When Edgar escapes from the Asylum, Stella is torn between staying behind without him and leaving her successful, but emotionally cold husband, to live on the run with a killer.

As expected, from the director behind Young Adam, this is a powerful, sexually charged piece of drama.

The story itself is rather plodding and the supposed twists are largely rather predictable and pedestrian, to the extent that very little really shocks or surprises – and on the rare occasion that it does – perhaps only during a school trip – it’s so unremittingly bleak as to make you wonder how anyone could actually derive any enjoyment or satisfaction from watching it.

The normally cheery and ebullient Hugh Bonneville plays effectively against type and the strongest performance in the film comes from Ian McKellen, who bristles with supercilious cheek.

But the other key performances – the ones on which the plot hangs – are less convincing. There was little real chemistry between Stella and Edgar – and certainly no logic to her decisions, although that was clearly the point of the film – the role of Stella was clearly hard to make in any way sympathetic – sadly, despite her efforts, Natasha Richardson doesn’t really succeed.

The inevitability of the conclusion of what becomes yet another British misery-fest means that the denouement comes as no surprise.

But while there is a market for this kind of dark, hopeless drama, the film-makers throw out all their indy-credentials to incorporate a cliché Hollywood would be too ashamed to adopt these days: after a fool-proof suicide attempt, one key character manages to stay alive just long enough for another character to arrive to be told “Leave me alone,” and not a second longer.