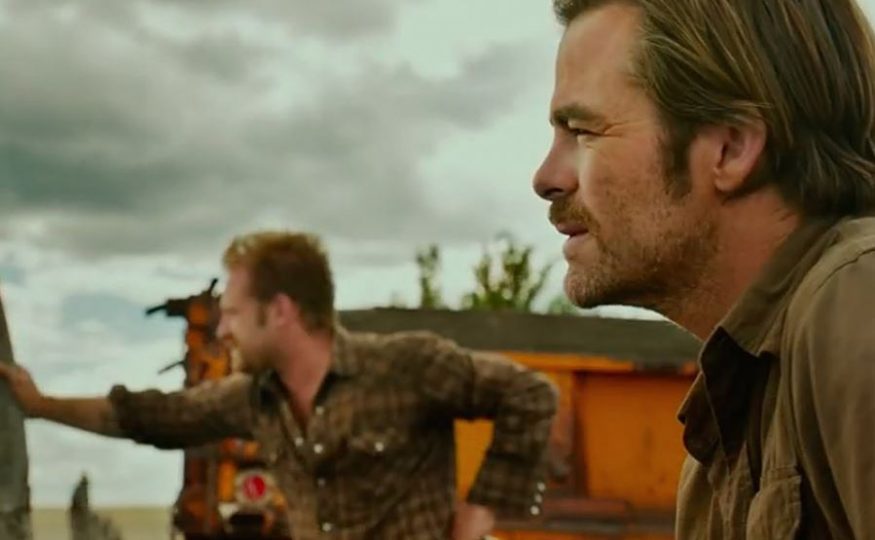 Toby is clean-cut and respectable and had a go at being a family man, but it didn’t quite work out for him. Tanner, on the other hand, is a petty criminal with a contempt for authority and little faith in society.

But a recent turn of events has pushed Toby onto Tanner’s side of the tracks, as the pair are hopping from bank to bank, stealing small-denomination notes at gunpoint.

They’ve hit enough branches of the same bank that the local police chief Marcus (Jeff Bridges) and his sidekick Alberto (Gil Birmingham) have worked out a pattern and are closing in on the robbers.

With a deadline approaching, the brothers realise they have to pick up their game and become ever more bold, but as they break from their comfortable routine, they start getting sloppy, making them more vulnerable to the authorities.

But the increasing desperation of the brothers takes the police further out of their own comfort zone.

Feeling – and looking – very much like a descendant of a handful of low-key 1970s B-movies – not least some starring a young Jeff Bridges – this latest thriller from the ever versatile British director David Mackenzie feels both comfortable and fresh.

As a contemporary western, Hell or High Water is more commercial and narratively coherent than you would expect from the Un Certain Regard strand at Cannes, where it received its world premiere.

It works both as a straight cops-and-robbers film, but also as a comment on post-financial-crisis America, where good people end up doing bad things to retain their dignity and the outside world is challenged by the moral ambiguity that arises; should we be rooting for the bank robbers (who are trying to save the family home from the banks that plan to repossess it) or the local law officers who are trying to stop them?

Mackenzie – and his cast – do a good job of helping us empathise with both sides as the banks are clearly painted as the villains.

With his European eye, Mackenzie’s outsider’s view of America’s problems adds an extra dimension to the story-telling, with subtle observations that might have been missed by a local director.

The miserable, balmy west Texan landscapes are as much the stars of the film as the perfectly able cast, among whom Jeff Bridges is on top form – authoritative, charming and warmly witty – but while Chris Pine acts well enough, he seems – and there’s not much he can do about this – just a little too pretty for the character.

Hell or High Water is a simple story, well told, largely coherent but with a little too much box-ticking and a handful of moments where the plot is pushed just that bit too far.