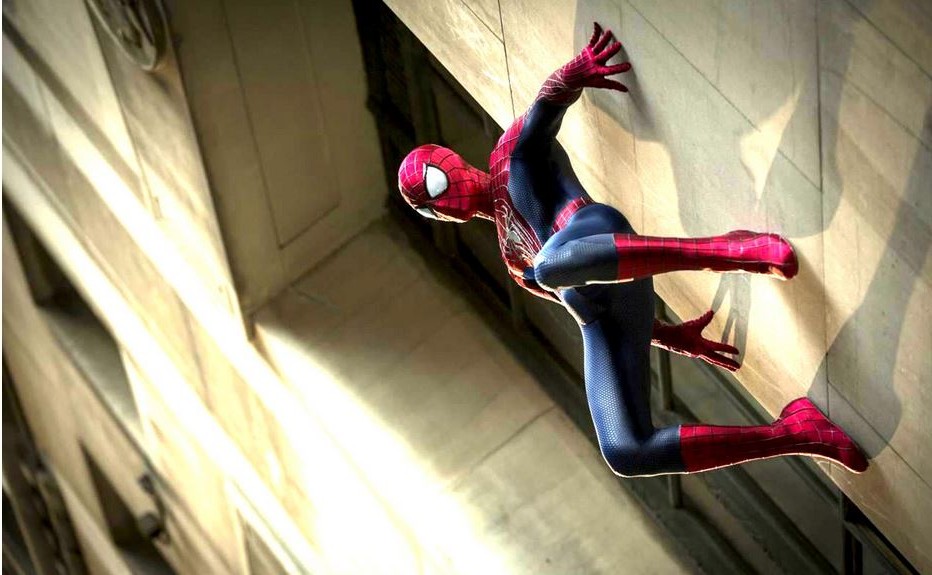 Peter Parker (Andrew Garfield) should be preparing for his graduation ceremony, but his secret alter ego, the Amazing Spider-Man – bedecked in his famous red and blue masked unitard – is busy protecting the city from a gang of Russians, trying to steal nuclear material, led by Aleksei Sytsevich (Paul Giamatti).

He finally arrives at the ceremony in time to collect his certificate, but too late to hear his girlfriend Gwen (Emma Stone) deliver her speech. The pair are perfect for each other, but Peter is worried that being close to him could put her life at risk, so he calls their relationship off.

Trying to work out his real priorities, Peter decides to investigate the disappearance of his father (Campbell Scott), many years earlier, and discovers that he’d been working on a healing treatment for his employers, the all-powerful business empire OsCorp. As fate would have it, OsCorp’s boss (Chris Cooper) has just died of an incurable, hereditary disease; he leaves his son Harry (Dane DeHaan) both the business – and the disease.

Harry – a school friend of Peter – is determined to use his influence to find a cure for his condition; something that inevitably sets him on a collision course with Spider-Man. But he isn’t the only one causing the webslinger concern; a lowly electrician at OsCorp, Max Dillon (Jamie Foxx) suffers an industrial accident that turns him into a giant, glowing electricity generator.

Peter finds himself torn between his desire for living a normal life with Gwen by his side and fulfilling his destiny to protect the city from those who use their powers against the people.

If the story sounds a bit complex and incoherent, that’s not far from the truth. At times, it feels like Marvel grabbed a few random back issues of the Spider-Man comics, ripped a few random pages out of them and assembled them in a random order.

The Amazing Spider-Man 2 is a visually invigorating string of thrilling action sequences, from swinging between the peaks of the city’s sky-scrapers to combating his foes in perilous locations, but the narrative is a more complex web than any our hero weaves.

There are too many enemies, too thinly drawn – some appear to have no real motive for having a grudge against the people of the city, let alone against Spider-Man himself. There is a little too much back-story surrounding Peter’s parents, making it feel almost as much an origins film as Part 1. There are also a handful of big names in parts so small, you can imagine only that they signed up for the big money from Part 3. And its hints towards the next sequel that feel somewhat like in-jokes for comic-book fans, rather than involving the wider audience.

There’s no question that The Amazing Spider-Man 2 is enjoyable, but it doesn’t seem to add much to the experience of the most recent film and similarly – in key areas, such as narrative coherence and character development – lags behind the Sam-Raimi/Tobey-Maguire boot.

However, this Marc-Webb/Andrew-Garfield reboot delivers the heart-pumping comic-book heroics that will appeal to hardcore fans, thought-provoking philosophical debate about power and responsibility and an equally relatable romance subplot, even if it follows the same “if we stay together, your life will be at risk” peril. It’s more of the same, really – or an attempt to be more of the same that just fails to reach the same heights.

Apart from being just a little bit messy, it’s biggest failing, like its most direct predecessor, is that if you’re going to reboot a franchise that’s still fresh, exciting and successful, what you come up with really has to be Amazing because audiences either won’t need any more or will want more of the same. And while this does almost everything it says on the tin, it’s not really amazing. And if you’re going to use that word in the title, you’re always going to be a hostage to fortune.