The governor of California has said film and TV shoots in the state can resume from the twelfth of June – subject to the approval of local health officials. The entertainment industry has been particularly badly hit by the Covid-19 outbreak, with both production facilities and cinemas closed since mid-March. 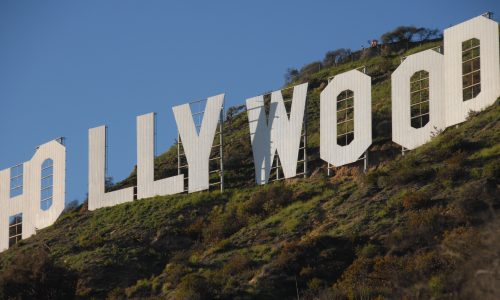 It’s not clear when filming will be able to resume in Hollywood itself as Los Angeles has been one of the worst hit cities in the US.

When shoots restart, strict new safety rules will have to be observed, including regular Covid testing, personal protection equipment – particularly for hair and make-up departments, buffet tables replaced by individually wrapped meals, handheld props being wiped down after each use and actors having to perform behind screens at auditions.

Each set will also require a Covid compliance officer.

The additional safety measures are expected to increase the cost of production by up to twenty per cent.

In the UK, the government has approved new safety guidelines drawn up by the British Film Commission, but not date has been set for the resumption of TV and film production. The Culture Secretary, Oliver Dowden said: “We’ve worked hard to support the industry through these difficult times, and I’m delighted we’ve been able to agree this step forward towards getting the cameras rolling safely again.”