It’s been reported that the NBC TV network will be screening the next Golden Globes ceremony in 2023 after boycotting the event this year, because of ongoing accusations of racism and corruption within the group that organises them, the Hollywood Foreign Press Association. 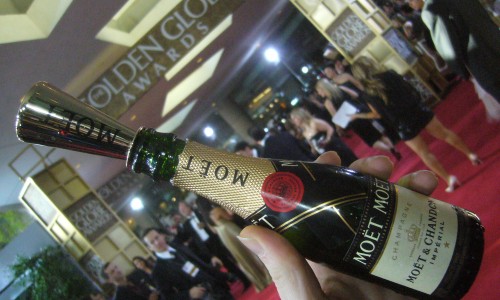 There’s been no confirmation from either NBC or the HFPA, but the news has been reported in the industry newspaper The Hollywood Reporter, which is owned by Todd Boehly, the interim CEO of the HFPA, whose offer of a salary to HFPA members persuaded them to hand over the rights to the Golden Globes to his company, Eldridge Industries, last month.

The HFPA has been shunned by Hollywood – from the publicists and stars to the studios – since an LA Times expose, early last year, the revealed that none of the organisations then 87 members was a black and raised questions about whether members benefited from self-dealing and gave awards to films that provided them with the best gifts.

Under its president, Helen Hoehne, the HFPA has sought to reform, and over the past few weeks has been courting studios, networks and publicists to try to satisfy them that it has been rehabilitated. But despite efforts to improve its image, the organisation has continued to be marred in controversy, with one member, Husam Asi, having accused two board members of sexual harassment. He’s also suing the organisation for discrimination, arguing that he was put on probation and investigated when allegations of sexual misconduct were made against him, while one of the board members he’s accused of harassing him remains in her position. He’s strongly denied the allegations, but the HFPA has not revealed the outcome of its investigation.

The Hollywood Reporter says the return of the Golden Globes to TV will see the event moved from its traditional Sunday to a Tuesday, because a rival awards ceremony, The Critics Choice, has already scheduled its own awards for the 15th of January. Some other publications, based in Los Angeles, have spoken to sources who suggest that the news of the resurrection of the Globes is “premature” although they confirmed that was the intention of current negotiations.

But with seven months of the year already gone, and the original voters having been boycotted by publicists, many of the HFPA members won’t have seen a lot of the films they are expected to be judging. And while members of the respected Fipresci organisation of international film critics have been invited to join the voting panel for the awards – to increase the diversity of the group and reduce the influence of the members whose reputations have been tarnished – the recent news that the HFPA intends to become a for-profit organisation is understood to have put some Fipresci members off. Under the proposals, accepted by HFPA members last month, the existing members – who now include six black recruits – will be paid a reported $75,000 per year for up to five years to continue voting for the Globes, while the critics from Fipresci are expected to contribute their expertise for no payment.

With NBC having signed up to an 8-year deal to televise the Golden Globes back in 2018, paying a reported $60m a year for the privilege, it is no surprise that all parties are keen to get the awards ceremony back in front of viewers and some publicists have acknowledged that their boycott is damaging the careers of their clients.

But losing its coveted Sunday night slot would be likely to reduce the number of viewers of the show, which would reduce its value to advertisers. And with a number of stars having been vocal in their criticism of the Globes – including Tom Cruise, who returned his three awards to the HFPA in protest – it’s unclear, at this stage, how many stars would feel that it would be in their interest to return to the Golden Globes red carpet.

And with the bulk of the voters continuing to be the existing discredited HFPA members, as employees of Boehly, and his Eldridge Industries now owning the Golden Globes, the production company that makes the awards show and having a stake in a company which produces a number of shows that have been Golden Globe winners and nominees, questions will be raised about whether the event can win back the support of the industry and the respect of film fans to survive for long.

It’ll be a while before it’s clear whether all is forgiven – whether Hollywood just can’t resist another chance to pat itself on the back – or whether Todd Boehly has miscalculated in his multi-million dollar deal to buy a lame duck.