The organisation behind the Golden Globes, the Hollywood Foreign Press Association, is reported to have expelled a member who is suing it for discrimination and sexual harassment. 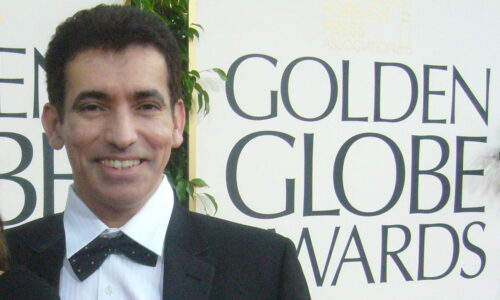 The expulsion – which appears to come into effect today – came a full six months after Husam Asi was put on probation by the group, pending an investigation by an external law firm into claims raised by an entertainment website, The Wrap.

The website’s editor Sharon Waxman – who’d reported similar allegations about Dr Asi in 2013 – says she was informed of the outcome of the case, because she had complained to the HFPA about a tweet he had posted in response to her February article.

Waxman revealed the outcome of a vote of the HFPA board in a new article, suggesting that the expulsion was a result of her own investigation, in which she described allegations of three women as sexual misconduct.

Among the allegations, repeated in the Wrap’s latest article, a Chinese student who claimed to have been Dr Asi’s assistant, despite admitting having no work permit, said he had shown her pornography and kissed her without consent; a friend of hers had claimed that he had repeated a rumour that she had performed oral sex on him to secure his backing to apply for HFPA membership; a third woman told The Wrap that she had felt uncomfortable when she met him to discuss whether he would back her application to join the group.

It’s understood that Waxman’s colleague Brian Welk, who contributed to both articles, was shown excerpts from the independent investigation findings, which concluded that there was insufficient evidence to prove any of the allegations repeated in the latest article, before it was published.

Three days after being approached by What’s Worth Seeing, the Hollywood Foreign Press Association has not yet responded to our request for confirmation of the expulsion, although it has now removed Asi from the members list on its website. The HFPA has also failed to explain its reason for expelling Asi, given the conclusions of the investigators on the sexual misconduct allegations. It’s understood that the expulsion is more likely to be the result of a tweet, in which Dr Asi – an Israeli Arab, who identifies as Palestinian – described Waxman as a “hateful Zionist.” Asi – whose brother is a senior judge in Israel – has argued that it should not be regarded as antisemitic for an Israeli citizen to criticise his own government’s policies or those who support it and on his own website, he has suggested that Waxman’s repeated articles making allegations about him might be driven by her feelings about Palestinians.

It appears that the HFPA board took the strongest possible action against Asi, despite warning him that other punishments, such as a suspension, could have been imposed, but the controversy comes as the organisation itself has faced accusations of racism, corruption and self-dealing, so it has been keen to improve its public image. However, the HFPA has been a notoriously secretive organisation, rarely confirming disciplinary action taken against its own members – and even suspending members who’ve blown the whistle on corruption within the organisation – but if the HFPA fails to confirm the action taken and its reasons, the situation cannot be used to its advantage in its efforts to win back support from Hollywood studios and public relations firms, most of which have been boycotting the organisation since an LA Times expose last year.

Unusually for a story about the body behind what’s historically the second most prestigious awards ceremony of the entertainment industry calendar, neither of the two main entertainment industry publications, Variety or Hollywood Reporter, have so far reported the expulsion; both are operated by companies run by the billionaire Chelsea owner Todd Boehly, who has recently agreed a deal to take over the Golden Globes brand from the HFPA, in exchange for paying members salaries for voting for the awards for the next five years.

On her website, Waxman says the HFPA informed her that a “majority of the present, non-recused Board members voted to expel Dr Asi.” It’s understood that one board member was not allowed to vote because he had expressed scepticism about the investigation of the allegations against Asi. Another two board members, accused by Asi of sexually harassing him in front of other members, were allowed to vote on his future. Asi made the allegations in a lawsuit brought against the HFPA in May, in which he argued – among other things – that its investigation had cost him his work for BBC Arabic and the London-based Al Quds al Arabi newspaper, he had faced racism, sexual harassment and discrimination since he joined the organisation in 2010.

In response, at the time, the HFPA said only that all members who faced “significant and serious charges” were subject to the same disciplinary review process, but while Asi was immediately placed on probation, the two women he accused of groping and kissing him in public not only remain members three months later, but were still on the board and entitled to vote for his expulsion.

Husam Asi – also known as Sam – has been advised by his lawyer not to comment publicly on his expulsion, pending the outcome of his lawsuit against the HFPA, but it would appear that if he is no longer a member, he would no longer be bound by confidentially clauses he would – until now – have to have followed.

As the HFPA fights to rebuild its reputation, partly by being more transparent and actively fighting against racism, this latest episode could be seen as an embarrassment for Boehly, who has committed to an investment in the Golden Globes brand, that he hopes to turn back into a money-maker from next year.

Disclaimer: I have been a guest of Husam Asi at the Golden Globes.