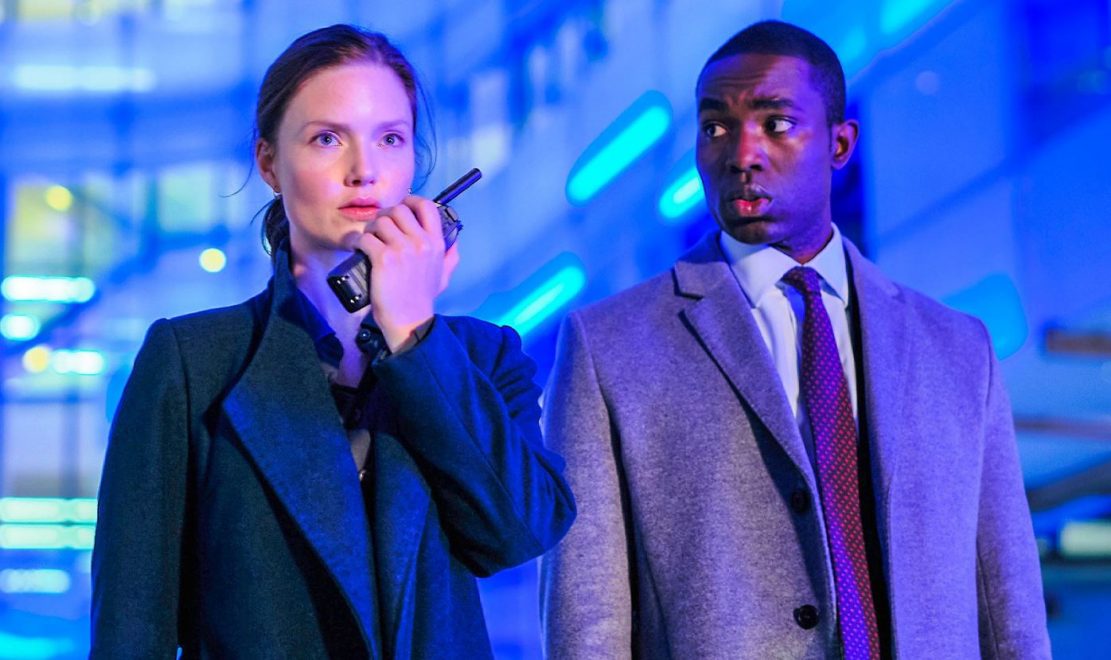 But when Detective Superintendent Gemma Garland (Lia Williams) turns up and seizes crucial CCTV footage, DCI Carey discovers that police have been working with the security services on a new practice called Correction – faking CCTV footage to help them get convictions in cases where they know someone is guilty, but can’t reveal the evidence for reasons of National Security.

Anyone who seems to suspect that something is going on finds their lives in danger, but when Carey threatens to expose the practice, Garland decides to invite her onto the Correction team, leaving her with a quandary; should she reject the offer and put her life on the line by going public or join the team and try to bring it down from the inside?

In Season One, Carey discovers that CCTV footage has been manipulated to make it look like an Afghan War veteran (Callum Turner) has kidnapped and murdered the barrister who got him cleared on a charge of murdering a Taliban soldier.

In Season Two, she has to find out who is manipulating images of an up-and-coming Home Office minister (Paapa Essiedu), to make it looks like he backs giving a major government security company to a Chinese technology firm.

The Capture presents an world in which technology hasn’t so much moved a little further than in reality – it’s more that it’s just being used more ambitiously.

Spooks around the world are faking video footage – from CCTV to television – to push their own agendas. In the UK, officials justify the technique by saying it’s a way to secure convictions in terrorism cases without exposing secret surveillance. The key point is that if the practice of “correction” is exposed in one country, it messes it up for the whole world.

Across two seasons, we follow Holliday Grainger’s increasingly savvy detective as she tries to navigate the system – trying to find a way to expose the scandal, without putting her own life at risk.

The first season is perhaps the more frightening, as the power of “correction” emerges, with Callum Turner’s soldier being an empathetic foil to the unfolding drama, while Season 2 is more chilling, as the reach of the practice becomes more evident, with Paapa Essiedu a little less likeable as a sleazy politician who – at times – you feel even deserves what he gets.

It’s constantly slick and thought-provoking and steers clear of some obvious traps, filling the story-telling with red-herrings and ensuring that the bad guys aren’t always the ones you expected at the start.

The Capture presents a murky world, in which the police find themselves dealing more with politics than crime – and much of the crime seems to be carried out by the authorities – for the greater good of society, they would insist.

There are times when the narrative swings just a little far from even its own reality and at times, it uses a few too many espionage tropes – such as hushed encounters on bridges or in dark corridors, and the tension makes it almost uncomfortable to watch, but it’s an original and frightening premise that will fuel paranoia and make you question everything you see on a screen.