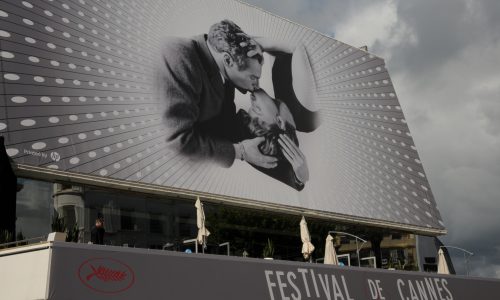 With Cannes 2013 over, the festival award winners are slowly receding into the memories of those who were fortunate enough to see them, some of them possibly unlikely to see the light of day again. Anyone eager to see the second-prize Grand Prix winner, the Coen Brothers’ Inside Llewyn Davis in the UK will have to wait until January 2014, and Palme d’Or winner, the three hour lesbian love story Blue Is The Warmest Colour, does not yet have a release date here.

It’s some of those that didn’t walk away with any honours that are likely to take the most benefit from having premiered on the Croisette. Michael Douglas, who was in Cannes with Steven Soderbergh’s Liberace biopic Behind the Candelabra, was only a short flight away to do the rounds of the chat-shows in London to promote the film’s UK release. And with the film going straight to the small screen in the US, the promotion from Cannes will be the best possible boost for its international release schedule. The festival’s opening film, The Great Gatsby released globally the following day, is another example of a film whose box office takings will undoubtedly be lifted by the publicity that comes from the Cannes red carpet.

But in reality, the major studios will always fly their talent around the world to promote the bigger releases, regardless of their proximity to one festival or another. It’s actually at the other end of the industry where a gathering like Cannes is most useful. For film-makers at the other end of their careers, it’s going through their newly gathered business card collection after the event when the real progress starts to emerge. It’s these people who have the most to gain from Cannes, whether it’s about meeting executives who would otherwise have neither the time nor the inclination to meet lower-budget film-makers or whether it’s the access to the world’s media who are looking for stories to feed back home, in many cases, any story will do.

Who would have known, were it not for Cannes, that former footballer and big-screen heavy Vinnie Jones has been shooting an action film in Lithuania? Publicising Redirected by handing out branded water bottles while a man in a soldier’s outfit walked two piglets along the Croisette,the film’s producer was keen to point out that “eighty per cent of the dialogue is in English.” Lloyd Kaufman’s Troma is another company that makes more noise in twelve days in Cannes each year than it does worldwide during the rest of the year.

But while some film-makers see publicity stunts as the way to build success, for others, the main benefit from Cannes is networking with their fellow film-makers, whether it’s someone who might be able to sell their current project, produce their next one or advise on the tax benefits available on a shoot in their country on a production some way down the line.

At one end of this scale will be small countries such as Panama, whose film commission was one of many to lay on a lavish party on the beach, if not to sell their locations and services, then to alert people to its existence, and giving out branded Panama hats, and playing central-American music for guests who’ve been enjoying Panamanian rum, is a sure-fire way to get people to remember you, in a way that Taiwan’s equivalent will not have done with only a brief guest appearance from Ang Lee to distinguish it from any other night at a club.

But at the other end of this scale are the higher profile countries such as Britain and the Irish Republic, with pavilions in the pride of place between the Palais des Festivals and the beach, offering information and seminars aimed at attracting producers who might otherwise shoot in the US. At the UK Film Centre, industry lawyers, accountants and leading producers were among those meeting film-makers from home and abroad to advise them on the best way to benefit from shooting in the UK, whether it’s through tax benefits or access to public money or simply to take advantage of the locations, facilities or talented actors and crew.

One of the key organisations offering that public money is the BFI, which was also in Cannes to promote both British film and British locations and services to film. Having taken over the responsibilities of the now defunct UK Film Council, and with an extra £10 million to spend, the BFI is now right at the heart of British cinema, but to put it in context on a global scale, the BFI now gets to share out £26 million a year of lottery money, and that wouldn’t even make a single medium budget film in Hollywood. “We’re just a part of it,” said the director of the BFI Lottery Fund, Ben Roberts, “But a significant part.” Although his main job, as his title suggests, is deciding which producers get to spend the lottery money, he was in Cannes for many reasons. “We communicate what we’re looking for to international film-makers as well as UK producers, we tell them what we stand for. We explain to international producers what’s on offer for them in the UK, promoting services and the infrastructure of UK Film. We also watch a lot of films, to see where we fit in.”

Roberts got defensive when it was pointed out that in one arena, the BFI didn’t have as much to do as in some years, as there were no British films screening as part of the two main strands of the festival, the Official Selection and Un Certain Regard.  “It’s a great year for British film,” he protested. “We’ve got five films playing that are emblematic of what we’re trying to do, with a lot of new film-makers.” He highlighted Clio Barnard’s The Selfish Giant and Ruairi Robinson’s Last Days On Mars, which both screened in the Director’s Fortnight, an independent strand that runs alongside the main festival. Barnard’s second film received rave reviews and secured North American distribution, so it was a good Cannes for her, regardless of the strand she screened in.

Another of the parallel programmes, the Cannes Cinéphiles, enables members of the public, rather than industry visitors to the Riviera, to view the films screening across the other curated strands. But Cinéphiles also has a couple of unique sections, including one that promotes films from Down Under. One of the films in this programme was Alex Galvin’s psychological science fiction mystery, Eternity, which has been released theatrically back home in New Zealand and is now available on pay-per-view there. But while he’s still on the festival circuit, having screened in California and with Shanghai and Madrid next on his list, one of Galvin’s main aims from Cannes was to sell to other markets. “Eternity got into a lot of film festivals and won awards, so I wanted to make sure we got the right sales deal and I felt that the Cannes market was the right place to meet buyers face to face,” he explained, noting that New Zealand is somewhat isolated, making it harder for Kiwis than for many other nationalities to make useful connections in the business. Similarly, he’s also thinking of future projects. “I’m interested in meeting producers from around the world, looking at potential co-productions with Europe and the Middle East. One of the wonderful things for me about Cannes is that you get to meet so many different people from different countries – and even New Zealanders I’ve never met, as everyone comes here. So it was great for me for looking to sell the film but also to make the connections to move forward with future projects.”

Many film-makers, who aren’t making such a splash on the festival circuit and aren’t getting the bites they seek at markets, such as Cannes, have to find more creative ways to reach their audiences. The old staples of Youtube and Vimeo have long been somewhere to turn to get seen, but they’re known more for providing free entertainment than giving content producers a way of making money. So increasingly, film-makers are turning to video-on-demand services to sell their wares. Dave White and Michael McLachlan from the Indie Reign website were in Cannes promoting just this kind of service. They say only 1% of feature films find distribution, so they set up Indie Reign to provide the tools to help the other 99% find a way to market. In the days of online networking, they advise film-makers how to market their films through their friends, family, cast, crew and fans. “This social sharing is the key to help independent films break outside their immediate circles of supporters and to a wider audience,” said McLachlan, who confirmed that after a successful first year in Cannes, it would be a key part of the company’s business strategy every year from now on.

Cannes certainly is one of those places that becomes a habit. Once you’ve been for the first time, it’s easy to get the bug, not least because it becomes such a vital part of the calendar, whatever your reason for going. If you’re a film-maker, you’re always trying to sell your most recent project or package the next one. If you’re a distributor, you’ll always need to buy films. Other festivals from around the world send representatives to find films to fill their own programmes; coming just before Oscar season, the London Film Festival famously sees itself as offering “the best of the rest” so their programmers were taking in the highlights of Cannes and the executive director of July’s Jerusalem Film Festival was on the lookout for a film or two to round off her 2013 line-up. Smaller still, and the organisers of Ireland’s Dingle Film Festival – the most western film festival in Europe, they’re happy to boast – were trying to raise the profile of their own annual event. Then there are those who aren’t in it so much as a business, but for the passion. One of the more off-beat exhibitors – perhaps the most informal strand this festival has to offer – is the increasingly well known Cannes in a Van team. After several years of being moved on by the police, Andy Greenhouse and his yellow van is now almost as much a part of the scenery as the Palais des Festival and the Majestic Hotel, parking up along the Croisette every night, and screening short films to anyone who cares to stop and watch. It’s the easiest way to see films in Cannes. although in truth, the selection is somewhat unpredictable.

Whether you’re an independent film-maker like Alex Galvin, an exhibitor like Indie Reign or an all-consuming film-making behemoth like the BFI, Cannes is somewhere you have to be seen if you’re to be taken seriously. But you have to have something tangible to offer. With this year’s event being one of the wettest most participants could remember, it’s not worth coming unless you have a Cannes plan, as without connections, you won’t get access to the market by day or the parties by night. And the oddest thing about the Cannes Film Festival is that for the vast majority of participants, it’s almost impossible to see any films in the official selection. Cannes is somewhere you have to be if you want to be taken seriously, but unless you’re already taken seriously, there’s not much point being there in the first place.