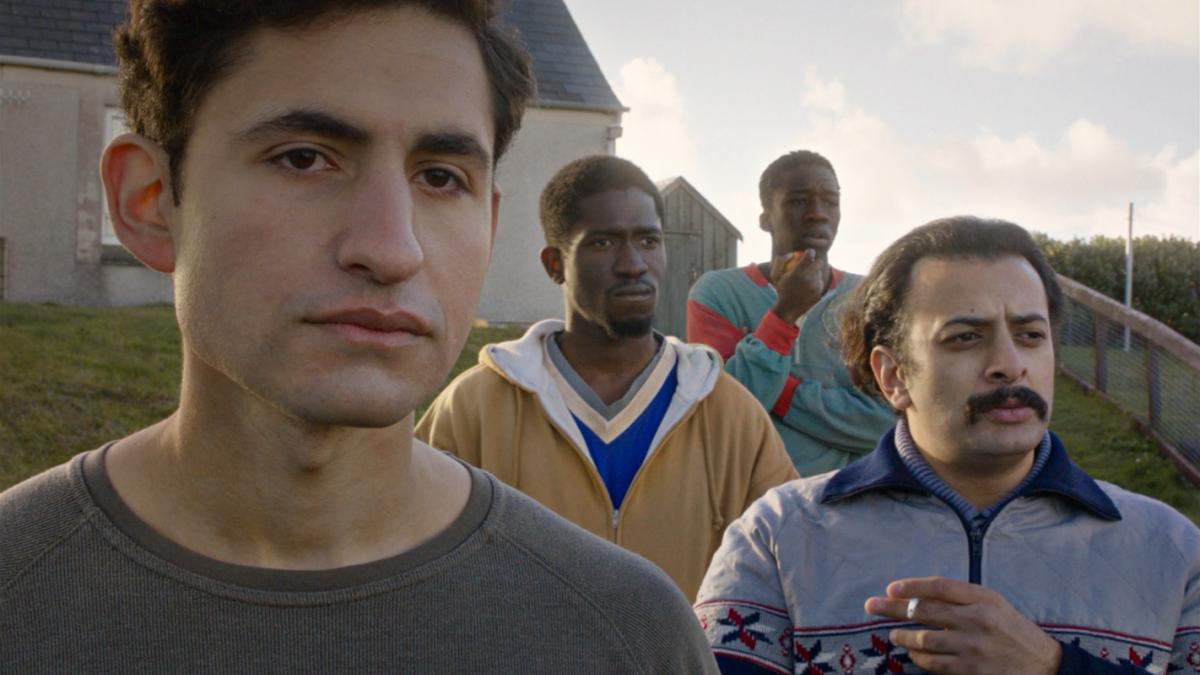 Omar (Amir El-Masry) is a Syrian musician, living on a remote Scottish island as he awaits the outcome of his asylum application, having fled the civil war in his homeland.

He makes regular calls to his parents from the local phone booth; safe in Turkey, they want him to reconnect with his brother, who stayed in Syria to fight for freedom.

Omar shares a cottage with an Afghan refugee, Farhad (Vikash Bhai), and two Nigerian brothers – one with dreams of playing for Chelsea.

Life is so dull on the island, with little prospect of the riches offered by life in the West, that when reality sets in, some wonder whether they made the right decision to come to the UK in the first place.

Omar carries his oud – a Middle Eastern stringed instrument – around wherever he goes, safely in its case – but never plays it. He blames a wrist injury but it’s clear that keeping it shut away in its case is the only way he can preserve and honour his memories of home.

With his second feature, Scottish director Ben Sharrock and his small cast of largely unknown actors deliver a profound, touching, enlightening and often funny portrayal of life as a refugee in the UK.

Placing a group of single men on a remote Scottish island makes the film much more about the individual characters rather than the UK’s immigration system, which makes it feel like more of a personal drama than a political statement.

There are a few hints at the way the community feels about the new arrivals, but Sharrock is more interested in why the characters have left their homelands and how they feel about it.

At the centre of the story is Omar – we learn most about him and his family – largely through watching him standing in a phone-booth. Even when the camera hardly moves, the performances and the dialogue makes the content compelling, whether it’s Omar talking to his parents on the phone or listening to Farhad’s words of wisdom on a bench, overlooking the desolate countryside.

Much of the most wrenching content is delivered by characters off-screen, ensuring that the power of the drama emerges through the intimacy of the reactions.

While the plight of the asylum-seekers is as bleak as the landscape, Sharrock manages to squeeze unexpected humour from their lives – partly through quirky supporting characters and arch situations, but it’s Omar’s emotional journey – rather than his physical one – that provides Limbo with its punch.

It’s a big shame for Sharrock and his team that Covid forced the cancellation of last year’s Cannes Film Festival, which would have given a small film like Limbo a huge boost on the international stage.