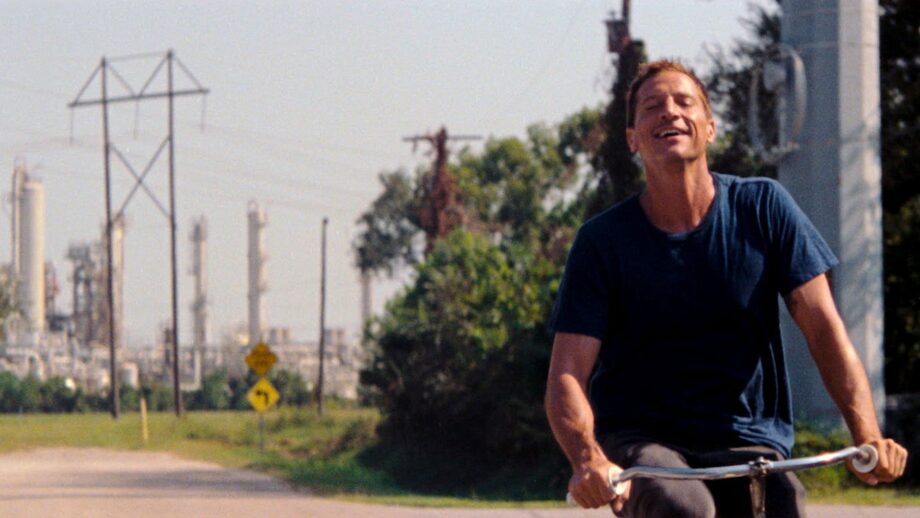 When forty-something Mikey (Simon Rex) turns up unannounced on his estranged wife Lexi’s (Bree Elrod) doorstep, with nothing but the clothes and bruises that cover his body, she wants nothing to do with him.

A washed up star of adult movies, he’s been shut out of the industry and fallen foul of some business associates. In need of somewhere to lay low for a while, he’s left the glamour of Los Angeles for the redneck refinery community where he grew up, Texas City.

Unable to find a job, he ends up selling weed for an old school-friend’s mother, and once there’s money coming in, he starts to wear down Lexi’s resistance.

But as the couple look like they’re about to get their relationship back on track, Mikey’s eyes are turned by a young – and I mean young – assistant at a local donut shop.

What starts out as a sympathetic tale of a hapless protagonist, just trying to reclaim the love and respect he’s lost in recent years unfurls into the story of a selfish narcissist, brutally rejecting anyone who doesn’t fit into his plan and grooming a teenager in the hope of becoming what we learn is known in the industry as a “suitcase pimp” – a man who thrives on the success of a woman.

It’s to the credit of both Simon Rex’s performance and Bergoch and Baker’s script that Mikey remains affable, even as he descends into the most depraved depths of immorality. They take you somewhere you never expected to go and they have a good crack at trying to keep you on his side.

But somehow, impressive as the film-making is, it eventually becomes just a little too manipulative and if you take a step back, Red Rocket leaves such a sour taste in your mouth that you’ll find it increasingly hard to be rooting for the worst that Hollywood has to offer. You’ll be right on side for the first act, but it won’t be long before it leaves you feeling as seedy as a suitcase pimp.