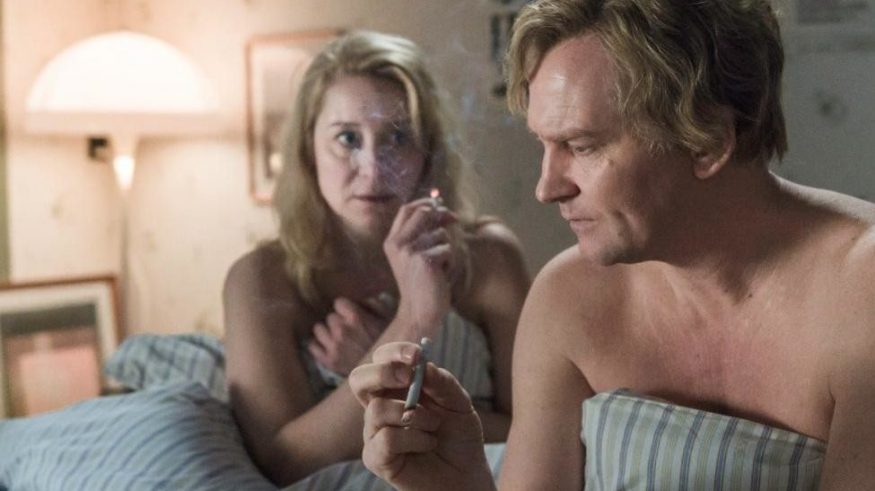 But Anna, who’s growing just a little tired of her husband, sees this as an opportunity to liven up their lives a bit and suggests inviting a group of friends and strangers to join them living in the house as a commune.

But soon, one of Erik’s students, Emma (Helene Reingaard Neumann), takes a shine to him and he can’t resist. When Anna finds out, she can’t bear to lose him and invites Emma to join them in the commune, throwing the new dynamic in the commune into disarray.

Returning to his native Denmark after last year’s Far From The Madding Crowd, The Hunt director Thomas Vinterberg reunites with his Festen stars Ulrich Thomsen and Trine Dyrholm to visit more personal territory with The Commune, reflecting the lifestyle he had as a child.

But judging by this film, it wasn’t a particularly exciting childhood. This commune comprises two couples, three singles and a shy teenager – they never seem to do very much at home except for eat together; it’s more of a student house than the kind of commune many viewers might be expecting.

The only drama comes from a burgeoning relationship between Thomsen’s Erik and his twenty-something student, which has nothing to do with his new living arrangements of the title. The way his TV news reader Anna reacts is more interesting, as she invites her nemesis into the commune.

But again, as the relationship unfolds, the story line is more like any other film about infidelity and its effects on those around the protagonists than it is specific to a group of people who choose to share their home. This is partly because most of the commune members are relatively undeveloped or even uninteresting characters, presumably to keep the attention on the marital difficulties at the film’s core.

Thomsen is magnetic at the heart of the drama, but he’s not a particularly sympathetic character, which makes it somewhat difficult to engage emotionally.

The screenplay, by Vinterberg and his Hunt co-writer Tobias Lindholm, is disappointingly clumsy and the direction surprisingly laboured.

The cinematography and 70s costumes and set design are beyond reproach, but when those are the highlights of social drama, it’s clear that Vinterberg and Lindholm are far from the heights of The Hunt.