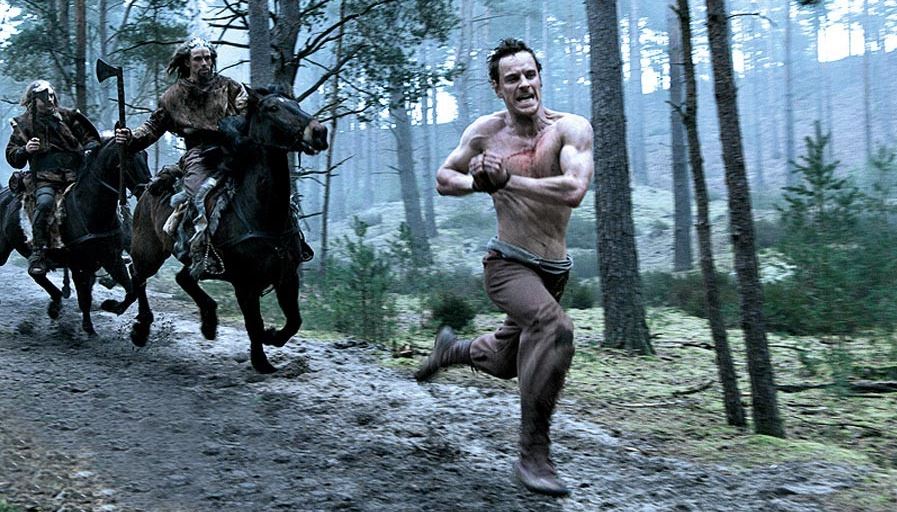 Quintus (Michael Fassbender) is centurion in the Roman army, stationed at the empire’s most northerly point, on the border with Scotland.

Based on intelligence from insiders north of the border, he’s sent with his men on a mission to conquer the land that until now has been out of Rome’s grasp.

But when his men get across the border, they’re ambushed by a band of Picts who clearly knew they were coming.

The brutal locals will stop at nothing to defend their country from the invaders and heads fly as the Romans retreat back to their base.

The closer they get to safety, the fewer Roman remain, until only the bravest of warriors can make it home.

But after such an embarrassing defeat for the empire, despite his horrific ordeal, the returning hero doesn’t quite get the welcome he might have expected.

With so many British film-makers using their small budgets to produce small films, one thing you can be sure of is that Neil Marshall, unlike his contemporaries, sees a small budget as an opportunity to show off – putting every penny on the screen, using tricks to maximise his locations and the number of extras. Even more than his previous films, Centurion looks like a blockbuster. The only elements that betray its relative shoestring of a budget are a preference for close-ups over wide-shots, which at times make it tough to work out what’s going on.

But Marshall is not a director who disappoints anyone who already knows his work. Fans will get pretty much what they expect.

It will also come as little surprise to see that the women are vicious, the headcount – literally – is massive and in the grimly coloured second century Scottish winter, pretty much the only colour is the blood splashed across the snow.

Centurion is a simplistic, non-stop thriller, with almost nothing but action. There are few stops for breath among the exhilarating chases and battles – well choreographed without exception.

With most of the film set in the forest, Marshall is able to give a good sense of period on his budget, as Roman and barbarian costumes are cheap and the locations are few.

There’s not enough concentration on character for us to care too much about anyone other than Quintus himself, but Fassbender delivers another powerhouse performance – after the recent Hunger and Fish Tank.

Perhaps the most thought provoking elements of the film are the way that in traditional narrative terms, the Romans are presented as the good guys and the Picts as the evil antagonists, when in truth, of course, this is a film about the Scottish underdogs defending themselves against Rome’s invading imperial army.

The denouement – Quintus’s welcome home after his ordeal – also offers a disturbing insight into the respect bosses really have for their underlings.

The film doesn’t have the complexity or gravity of its bigger brothers, such as Gladiator.

It’s more thrilling than it is engaging, it provides some food for thought, but it’s a little too easily digestible for it to stay with you for long.