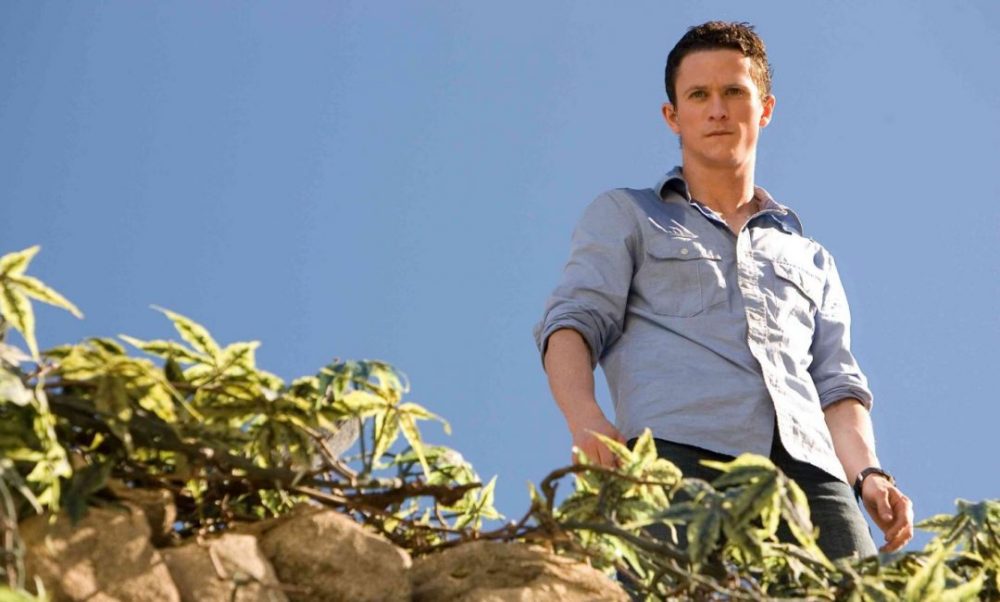 On their final day, they get chatting to German tourist Mathias (Joe Anderson) who invites them to join him on a visit to some remote Mayan ruins, where he’s hoping to find his brother, whose girlfriend – an archaeologist – has been excavating at the site.

One lengthy jeep-trip-through-the-jungle later, they arrive at a foot of an overgrown pyramid. As they reach the bottom step, at the start of their climb, a bunch of angry locals appear out of nowhere and start shooting. The only way is up.

Surrounded by gunmen, the group have no choice but to set up camp at the top of the pyramid as they plan their escape.

When they hear a phone ringing, deep down inside the pyramid, they go to investigate, triggering off a disastrous chain of events that leads to broken bones, amputations, and flesh-eating vines that mimic the human voice, as – one by one – our heroes succumb to the forces of nature.

Clearly they regret their choice of excursion for the final day of their holiday – but will any survive to tell the tale?

This is an effective low-budget horror that pretty much does what it says on the tin.

It puts a group of beautiful college kids in a remote and dangerous place and threatens their lives with increasing futility.

With about 90% of the film taking place in the one location – atop the pyramid – the budget has clearly been spent almost entirely on the effects – many of which are every bit as creepy as the carnivorous vines.

But the main characters aren’t pleasant or interesting enough to be that bothered about and there’s so little going on, in the big scheme of things, that even at a brief hour and a half, it feels like it drags at times.

While there are a handful of shocks, there are very few surprises, in a formulaic monster flick that boasts little originality and provides very little back-story or explanation.

It’s rather insubstantial and could certainly do with more to think about, but it produces the necessary goods when it needs to.